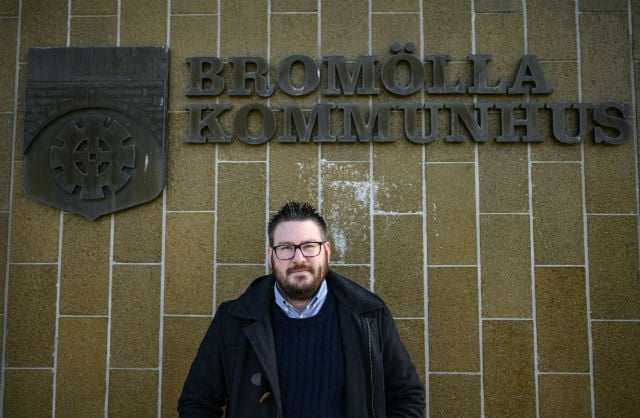 Eric Berntsson, chairman of the local Sweden Democrats in Bromölla, said that the decision was not discrimination. Photo: Johan Nilsson/TT
Council politicians in Bromölla, on Skåne's north-eastern coast, voted through the new guidelines for municipality workplaces last week.
“In the regulation we have cut out everything which could be interpreted as saying that you can take time off to pray during work time,” Eric Berntsson, mayor and chairman of the local Sweden Democrats, told The Local.
“Both we and the Moderates and the Christian Democrats thought that the regulations should be more precise.”
He said that the regulation was no different from that banning employees from taking cigarette breaks outside their official rest periods, and stressed that it would affect all employees, regardless of religion.
“It affects also people who are Christian. We have generalized it. It affects all religions,” he said.
According to the Kristianstadsbladet newspaper, the municipality argued that the decision did not contravene the principle of religious freedom, as religious freedom also includes a “right to avoid public religious expression”.
Commentators nonetheless criticized the move as a form of religious persecution, pointing out that it was only strict Muslims who prayed five times a day who were likely to be affected.
“Bromölla is forbidding a specific religious practice connected to a specific group,” argued Anders Lindberg in the Aftonbladet newspaper. “It's a bit like banning the hijab or kippa and then saying it affects Christians, Muslims and Jews in exactly the same way.”
READ ALSO:
Marie Wäppling, the municipality's chief executive, told the Expressen newspaper that the ban would not extend to employees' official rest periods. “Your employer has no right to decide what you do in your breaks,” she said.
She also stressed that in practice, if employees prayed quietly and without disturbing others, there was little the municipality could do about it.
“If you pray without disturbing the workplace, if you do it quietly to yourself, the employer can't check that. That's the case whatever religion you adhere to.”
Berntsson admitted that he did not know how many, if any, employees of the municipality actually stopped work to pray during working hours. “We have no idea about that actually. That's not information we have.” 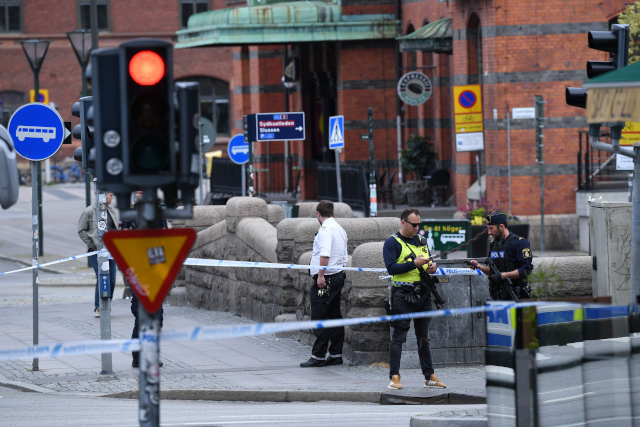 SOCIAL SERVICES
Swedish couple ‘isolated children for nine years’ but why did no alarm bells ring?
Url copied to clipboard!