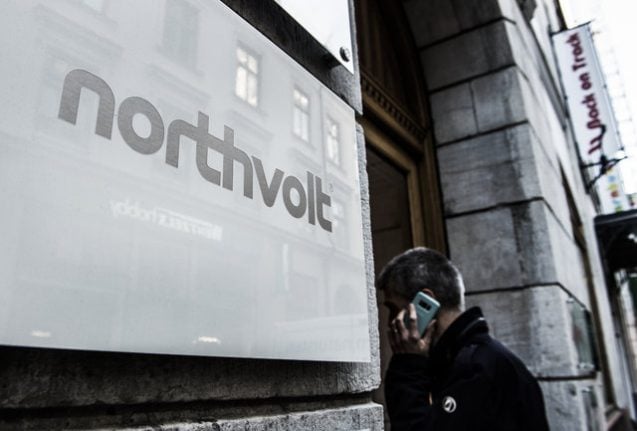 Northvolt's will begin construction on its flagship building this summer. Photo: Svenska Dagbladet/TT

Located in Skellefteå, on the north-eastern coast of Sweden, the building will undergo construction this August and is expected to begin production of the 16 Gigawatt hours (GWh) batteries in 2021. The gigafactory, named Northvolt Ett, is expected to eventually manufacture 32 GWh batteries.

“Today is not only a great milestone for Northvolt, it also marks a key moment for Europe that clearly shows that we are ready to compete in the coming wave of electrification, and that we will do so using battery cells which carry the lowest CO2 footprint possible,” said Northvolt co-founder and CEO Peter Carlsson.

In addition to the primary factory in Sweden, Volkswagen Group also on Wednesday announced a joint partnership with Northvolt to establish a factory in Germany. They are investing $1 billion, by themselves, to be distributed between Northvolt directly and their joint venture.

The second factory will be located somewhere in Salzgitter, Lower Saxony, and production of the 16 GWh batteries is slated for either 2023 or 2024. Unlike the flagship factory, the German location is only expected to ramp up production to 24 GWh batteries instead of 32 GWh.

“With Northvolt, we have found a European partner whose know-how and sustainable, CO2 optimized battery cell production processes will enable us to advance cell production here in Germany,” Stephen Sommer, member of Volkswagen's management board, said. “The prerequisite for this is, of course, the creation of the political framework.”

Northvolt has raised a total of $13 billion through 2030, alongside an employment boom at the startup. Since 2017, it has grown from 12 to almost 300 people and hosts employees of 45 different nationalities.

With partners that include BMW, AMF, Folksam Group and IMAS Foundation, and debt financing from the European Investment Bank, the company has promised to head the transition to a “decarbonized future.”

“With these world-class financial and industrial partners coming together and getting behind our mission, we see a tremendous opportunity and momentum for further capacity expansion and product innovation over the coming years. This is only the beginning,” said Carlsson.

In addition to the factory in Skellefteå, the company also has smaller factories under construction in Västerås, Sweden and Gdańsk, Poland.