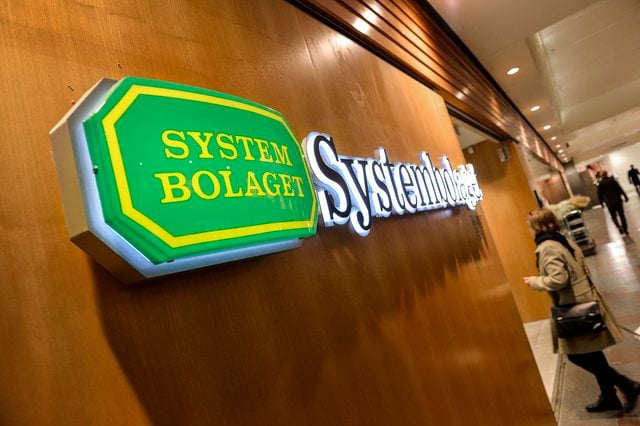 Systembolaget stores are the only places to buy alcohol above 3.5 percent alcohol content in Sweden. Photo: Anders Wiklund/TT

Systembolaget (literally “The System Company”) is a government-owned chain of liquor stores with a monopoly on all retail sales of alcohol with above 3.5 percent ABV (alcohol by volume).

One of the main goals of the institution is to limit excessive drinking in a country where alcoholism has been a problem historically. In the 19th century, Swedish liquor consumption per capita was as high as 46 litres annually.

Instead of imposing a total prohibition on alcohol sales, like the United States, in 1917 Sweden instituted the so-called Bratt System,an obligatory alcohol rationing programme following on from wartime rationing, which led to a drop in per capita liquor consumption to five litres annually.

In 1955 rations were abolished, and Systembolaget was set up. While Swedes can now buy alcohol in any quantity they like, through regulation the company's stated goal is “a society where alcoholic drinks are enjoyed with a care for health so that no one gets hurt.”

Systemet, as it is affectionately known by Swedes, is regularly ranked as one of the country's most trusted institutions, but some consumers and producers see it as creating an unfair and unsafe barrier to alcohol.

READ ALSO: 'The most drunken country in Europe': Read this and you might like Systembolaget a whole lot better Since Systembolaget is not profit-driven it allows them to stock more varieties of alcohol. Photo: Magnus Hjalmarson Neideman/TT

Speaking to locals on the streets of Stockholm, we encountered mixed reviews of the alcohol monopoly.

Snezna, who is originally from Serbia but has lived in Sweden for 40 years, said the Swedish system could lead to a lack of knowledge about alcohol which creates a dangerous environment for young people.

“Curiosity is toxic, you cannot control it by keeping alcohol away from people. It’s an artificial control,” she said. “When Swedish young people go to other countries where alcohol is free to get, they don’t know how to control themselves.”

Moreover, while the national drinking age of Sweden is only 18 years, if you want to purchase a drink at a Systembolaget store, you have to be at least 20 years old.

Ivar, a 19-year-old Stockholm native, suggested tweaking this rule so that young Swedes are introduced to less dangerous alcohols earlier.

“I think you should be able to buy normal beer and wine when you’re 18 and maybe 20 for hard liquors,” he said.

For international visitors from countries where spirits are more accessible, Systembolaget may seem like an odd, or even irritating, institution. But Systembolaget is considered the most trusted institution in Sweden, according to an annual survey by Medieakademin, with 78 percent of Swedes reporting 'quite' or 'very' high trust in the shops.

Ivar attributed this to its non-commercial nature.

A representative from Systembolaget explained to The Local that this was part of the monopoly's ethos, driven not by profit but by the goals outlined above.

“We do not want our customers to buy more than planned, and we never encourage spontaneous purchase,” a representative from Systembolaget told The Local. “This is why we don’t refrigerate our beer, nor do we have special offers or advertise specific products.”

This means it is never more profitable to buy alcohol in bulk in Sweden, and cans of beer are bought individually rather than in six-packs as in many countries. Displays closest to checkout tills — the most likely spot for impulse buys — are usually reserved for alcohol-free options.

And while this usually results in pricier alcohol than in many other countries, there are rare exceptions since the fixed markup rate occasionally means Swedish shoppers can buy some drinks that have a high market-value for a reasonable pricetag. Although there is an age limit, there is no limit on how much alcohol you can purchase at the stores. Photo: Fredrik Sandberg

The company also veers from the norm in its taxing practices. Instead of basing the tax amount on the overall price of the product, they base it on the alcohol content. The representative said the goal of this is to encourage patrons to buy weaker drinks.

“Products with higher alcohol content are taxed higher to encourage customers to choose drinks with less alcohol, like wine instead of liquor,” they said.

Another tactic used by the company to control alcohol intake is restricting hours at stores. Most stores are only open from 10am-7pm and are closed on Sundays and public holidays, preventing any spontaneous evening alcohol purchases outside licensed bars.

Systembolaget's claims that these practices help combat alcohol abuse don't come without detractors. Richard Bull, one of the founders of the craft brewery Beerbliotek, believes that their supposed ethical maxims are just marketing tools.

“I’m certainly not against the monopoly, but I don’t think they’ve fulfilled their number one goal which is protecting the public health,” he told The Local. “I think that is all propaganda. There is no evidence to suggest that it reduces consumption.”

Systembolaget has a complicated relationship with local and craft breweries.

The system can be limiting for small breweries because they only guarantee ten total stores in which each brand can be stocked, and this number can only grow based on customer demand. Unfortunately, customer demand is hard to attain without a wide distribution. Craft breweries are on the rise in Sweden according to Richard Bull of Beerbliotek. Photo: Robert F. Bukaty/TT

However, Bull said that even with these issues, the existing system is most likely better than any alternative.

“It can be a good avenue for craft breweries to find a place in the market because if it was up to supermarkets they would be more likely to stock large producers,” he said.

The presence of Systembolaget has also pushed all brewers, both local and international, to change their brewing practices. Companies like Heineken and Carlsberg created a new version of their beer to sell in stores with an alcohol content that falls below the 3.5 percent limit. This means that they are allowed to advertise these low-alcohol beers in Sweden, and have them for sale in Swedish supermarkets.

The name given to these watered down versions is folköl, and the international version sold only at Systembolaget is known as starköl (strong beer).

Bull said that many buyers are interested in low-ABV beers. But one area where he does have concerns is the recent entrance of Systembolaget into Swedish politics concerning the issue of gårdsförsäljning or 'farm sales'.

Allowing gårdsförsäljning would mean that craft breweries and Swedish vineyards would be able to sell beer directly from their brewing sites, allowing them to work around the administration of Systembolaget. This could be vital for small companies in building up customer loyalty and gaining visitors to their sites.

Systembolaget however has argued against this practice, saying they should be involved in all alcohol sales in order to combat alcohol abuse.

Bull believes, however, that the company should stay out of politics altogether.

“They have written to the Riksdag [Swedish parliament] about gårdsförsäljning, and in my opinion the monopoly should not be spending taxpayer money to try to influence a political question,” he said.

The uniqueness of Systembolaget continues to keep it under the spotlight, but whether you are for or against it, there is no denying its significance in Swedish society.