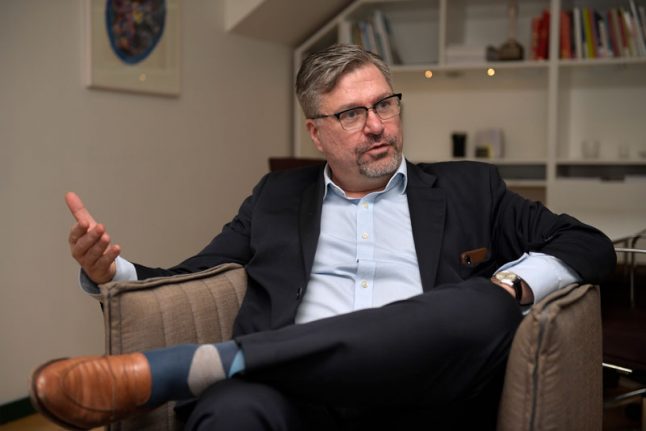 Mikael Sjöberg. Photo: Janerik Henriksson/TT
Mikael Sjöberg has served as director-general of agency for six years and said he wasn’t particularly surprised that he was not offered another three-year extension.
“There is a need for a longer perspective within the leadership,” he told TT.
The change of leadership comes just weeks after the agency eliminated around 1,800 jobs as a result of budget cuts. Arbetsförmedlingen originally announced the job cuts in January this year, and warned that as many as 4,500 employees could be let go. The agency said the move was a result of funding cuts in both the right-wing opposition budget passed by parliament last year and January's government deal between the left and centre-liberal parties.
Sjöberg had also announced plans to close as many as 132 job centres throughout Sweden, leaving only 106 offices nationwide.
Labour Minister Ylva Johansson denied on Wednesday that Sjöberg's planned job centre closures affected the decision to let him go, but she has previously been openly critical of the proposal. The minister said she believes that Mikael Sjöberg has done a good job of reforming the agency since taking office in 2014 at a time when it was in a major crisis.
“It is not as if the government is dissatisfied with Mikael Sjöberg's work,” Johansson said. “But now we are facing a new major reform period for the Employment Service, and in that situation, I believe that the agency needs a person who can be there for a long time.”