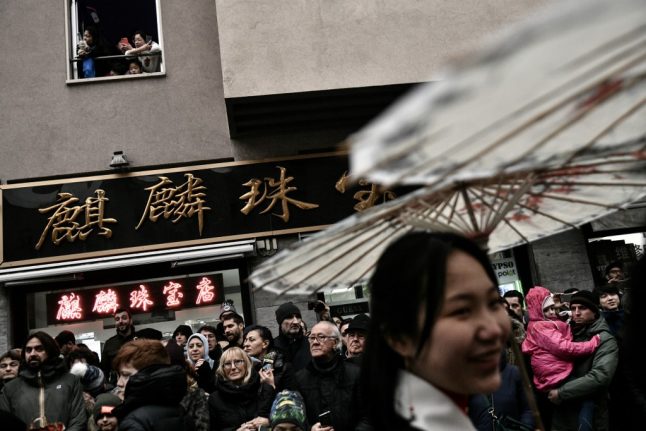 Chinese people are the immigrants most likely to own businesses in Italy. Photo: Milan's Chinatown, by Marco Bertorello/AFP

There are some 447,000 foreign entrepreneurs in Italy, according to research released on Monday by social studies institute Censis.

Over the same period, the number of Italian-born business owners fell by 12.2 percent. Many immigrants bought up failing Italian firms at bargain prices during Italy's recession, business groups have told The Local.

That's not the only difference between the two groups. Foreigners who own businesses in Italy tend to be younger – just over 71 percent are under 50, compared to 44 percent among their Italian counterparts – and 23 percent are women, slightly higher than the national total of 21.86 percent counted at the end of 2017.

Most foreign business owners – 81 percent – come from outside the EU, with China, Romania and Albania the top three countries of origin.

FOR MEMBERS: Where do all the English speakers live in Italy? Despite Italy's reputation for red tape and other obstacles, more than three-quarters of foreign entrepreneurs were happy at least in part with how their business was going, with 55 percent saying they were partially satisfied and 21 percent entirely satisfied. Sixty percent have been running their businesses for more than three years, and 73 percent reported that their turnover was either stable or growing.

Lombardy, Italy's wealthiest and most populous region, is home to the highest number of foreign-owned businesses (over 81,000), followed by Lazio (nearly 54,000) and Tuscany (close to 44,000). But non-Italians make up the highest percentage of entrepreneurs in Tuscany, where they represent 21.4 percent of the total. In the Tuscan textile hub of Prato alone, 46.9 percent of all businesses owners are immigrants.

The most common sectors for non-Italians to own businesses in are retail, food and construction.

Have you moved to Italy and opened your own business? We'd like to hear about your experience. Get in touch with us at [email protected].