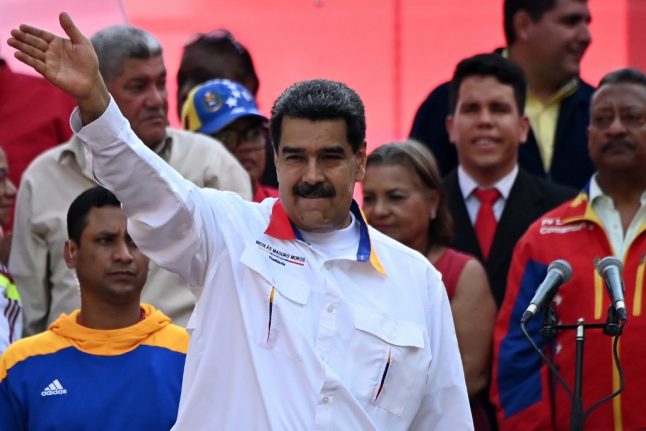 Nicolas Maduro. Photo: Marvin Recinos/AFP
“We are going to be showing our very best good faith… to be able to find, based on the platform the parties agreed on, peaceful, democratic solutions to help overcome Venezuela's conflict,” Maduro said in a televised address.
The talks in Norway this week will be the first face-to-face meeting between representatives of Maduro and those of his rival Guaido, who is recognized as interim president by some 50 countries.
Maduro confirmed that his delegation will include Communication Minister Jorge Rodriguez, Miranda state Governor Hector Rodriguez and Foreign Minister Jorge Arreaza, who were on the ground in Norway.
“This is a dialogue between the Revolutionary Government, the Revolutionary Armed Forces, and the extremist opposition… which is trying to topple the government at the behest of US interests,” Maduro said.
The bid for talks comes after a months-long power struggle between Guaido, the leader of the National Assembly legislature, and the socialist president.
Guaido's backers dismiss Maduro's presidency as “illegitimate” following his re-election last year in polls widely labeled as rigged.
Maduro, who has presided over the country's economic collapse, has been shunned by much of the international community, but retains the backing of Russia, China and Cuba, as well as the country's powerful military.
Url copied to clipboard!