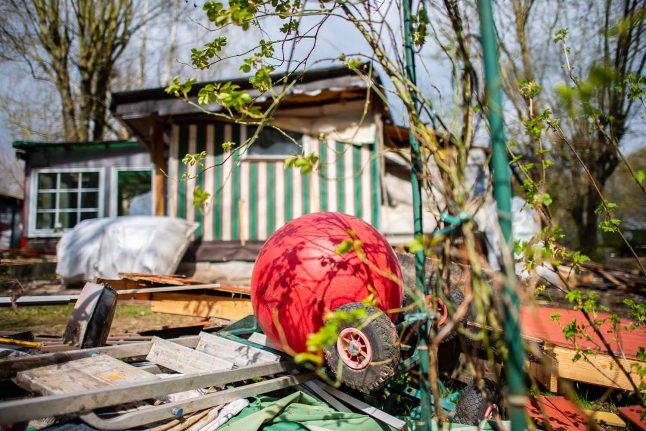 The partially demolished dwelling of the alleged perpetrator in Lügde. Photo: DPA

Earlier in 2019, news began to emerge of an organized child pornography ring located at a trailer park in Lügde, North Rhine-Westphalia.

Two men are said to have carried out child sexual abuse, filming the abuse and distributing it online. More than 40 victims have been identified, with the abuse taking place since the 1990s.

Reports in the Westfalen-Blatt have shed further light on the nature of the abuse, including that the accused men forced the children to abuse each other.

A new round of police interviews

A series of interviews with the victims, some of them still children, has taken place over the past weeks. The new information has emerged from these interviews.

Peter Wüller, a lawyer for four of the victims, told the Westfalen-Blatt that reading the victims’ statements was challenging.

“It’s hard to read the children’s statements without emotion,” he said.

“If I look at the faces of the little ones and I read what’s been done to them, I feel sick.

“What happened in Lügde is beyond any idea.”

The older of the two men, known as Andreas V (56) due to German privacy standards, worked together with his accomplice Mario S (34) to engage in the activity and produce the videos. The caravan where some of the alleged abuse is said to have taken place. Image: DPA

As reported by The Local in April, the case has gripped the nation’s attention over the past two months – both for the severity of the crimes and the subsequent failures of the police investigation.

Police had been alerted to instances of abuse in the caravan park, but failed to properly investigate. Only a handful of phone interviews were undertaken, with no further efforts to follow up on the reports.

The failures did not end there. Once the crimes had been detected, a suitcase full of evidence went missing from a police storage locker.

Two police officers from the Detmold squad were stood down from duty and are being investigated for obstruction of justice offences.

The SPD’s Hartmut Ganzke has previously called for North Rhine-Westphalia's Interior Minister Herbert Reul to resign, calling the incidents “the largest abuse scandal in the history of the country”.

Wüller has praised the current investigative team, particularly their handling of the victim interview process.

“The children were very sensitively and patiently questioned,” he said. “They were able to provide very detailed information and they can easily differentiate between the two main defendants.”

Wüller said that the missing evidence was of course problematic, but the detailed and precise nature of the questioning meant that a conviction was likely. 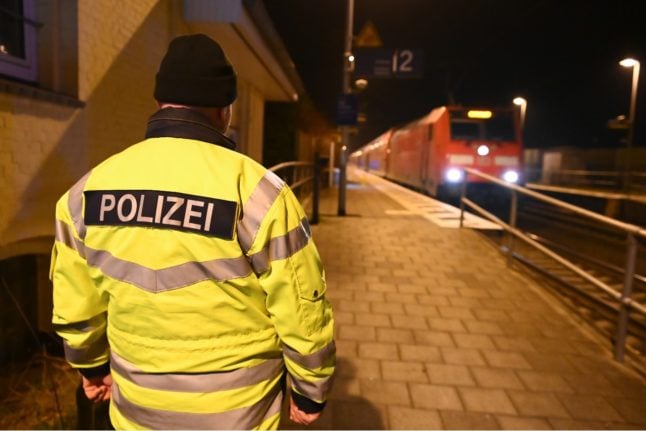 German prosecutors said Thursday there was no indication of a terrorist motive in a knife attack on a train that killed two teenagers and wounded several other passengers.

A 33-year-old suspect named only as Ibrahim A., a stateless man of Palestinian origin, has been detained over Wednesday’s stabbing spree on the route between the northern cities of Hamburg and Kiel.

“There are no indications of a terrorist background,” Peter Mueller-Rakow, a spokesman for the local prosecutor’s office, told AFP.

The investigation into the attack and the suspect’s history was ongoing, he added.

A 17-year-old girl and a 19-year-old man were killed in the attack and five people injured, Sabine Sütterlin-Waack, the interior minister for Schleswig-Holstein state, told journalists.

Authorities had previously given the girl’s age as 16 and said seven people were injured.

Two of the wounded have life-threatening injuries and are still in hospital, Suetterlin-Waack said.

The two teenagers who were killed knew each other, she added.

The suspect also sustained minor injuries, but it was unclear how.

Passengers helped overpower the suspect and restrained him until police detained him at a railway station in the town of Brokstedt.

“Due to the very dynamic course of the crime, a lot is still unclear,” Suetterlin-Waack said.

The suspect, of no fixed abode, had only recently been released from prison in connection with an assault case, said police.

He arrived in Germany 2014 and had several previous convictions, including for violent crimes, Sütterlin-Waack said.