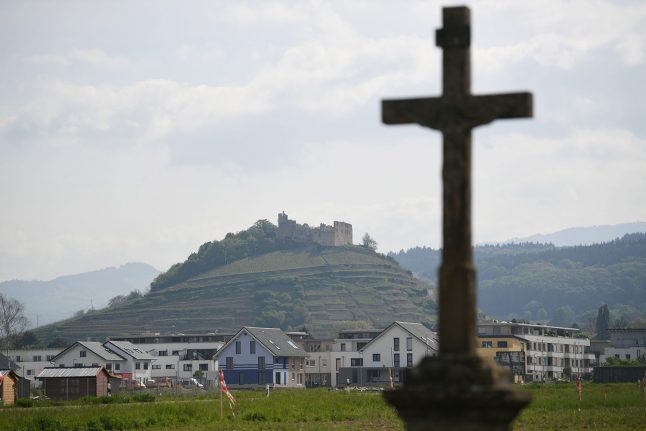 The picturesque town of Staufen, where the abuse is said to have occurred. Image: DPA

The mother of one of the alleged victims brought a complaint in February, telling police that her son was sexually abused by a volunteer caretaker when aged between nine and eleven.

DPA reports that three other victims, also from the scout group, have been identified. The police have set up a 12-person task force to investigate the abuses. The suspect, a 41-year-old man from the town, has been arrested and taken into custody.

The man was previously the subject of a sexual abuse investigation for alleged activities between 2004 and 2007, but was later acquitted due to a lack of evidence.

Police suggest that the man was “very manipulative” in abusing his power as a scout leader, spending time with the children and giving them gifts before engaging in the sexual activity.

Investigators allege that the man told the children the acts were “completely normal”.

“We cannot rule out the possibility that there are more victims”, the investigators told DPA. So far more than 100 children have been interviewed.

“We’ve tried to build a bridge between ourselves and the possibly traumatized children and adolescents,” said Mathias Kaiser, the head of the investigation team.

“Not everyone is ready to cross this bridge and open up.”

A second set of allegations from the same scout group

While early indications are that the accused acted alone, another man from the scout group is also being investigated in relation to separate abuse allegations.

In that case, a female victim has come forward to indicate that she had been abused seven years ago while aged between 13 and 14.

Police have indicated that the second suspect is currently ‘at large’, with investigators unaware of his whereabouts. 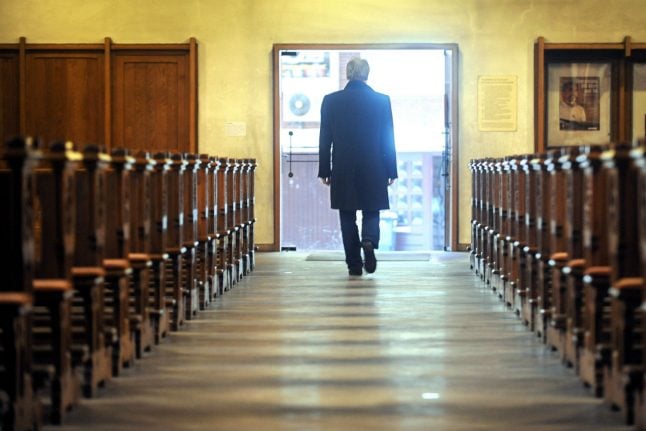 A man walking out of a Catholic church in Bremen. Photo: DPA

The damning report, which Cardinal Reinhard Marx is to present officially on September 25, deals another blow to the Church after clerical child abuse has been uncovered worldwide.

According to the study, 1,670 clergymen in Germany committed some form of
sexual attack against 3,677 minors between 1946 and 2014, Spiegel Online
reported. Most of the victims were boys.

More than half were 13 years old or younger at the time of the abuse, the
study concluded after examining 38,000 documents from 27 German dioceses.

The study also noted that some records had been “destroyed or manipulated”,
warning therefore that the scale of the abuse may be even greater.

Predator priests were often transferred to another location, with information on their criminal history not provided to the new site.

Only one in three (566 out of 1,670 accused) were subject to disciplinary
hearings by the Church, and most got away with minimal punishment, said Die
Zeit weekly, also citing the report.

Of these, 154 cases ended with no penalty, while 103 closed with a warning. Only 38 percent of the accused were prosecuted by civil courts – on complaints lodged by victims themselves or their families.

Over the last decade, several German Catholic institutions have revealed
cases of child sexual abuse, including an elite Jesuit school in Berlin which
admitted to systematic sexual abuse of pupils by two priests in the 1970s and
1980s.

Last year, a world-famous Catholic choir school in Germany, the Regensburger Domspatzen school, revealed that more than 500 boys there suffered sexual or physical abuse in what victims have likened to “prison, hell or a concentration camp”.

Reaction from the church

Germany's Catholic Church said Wednesday it was “dismayed and ashamed” by decades of child sex abuse by priests, after a report was leaked showing that thousands of minors were assaulted.

“We know the extent of the sexual abuse that has been demonstrated by the study. We are dismayed and ashamed by it,” said Bishop Stephan Ackermann on behalf of the conference.

The aim of the study is to shed light on “this dark side of our Church, for
the sake of those affected, but also for us ourselves to see the errors and to do everything to prevent them from being repeated.”

“I stress that the study is a measure that we owe not only to the Church
but first and foremost, to those affected.”

The report deals another blow to the Church after clerical child abuse has
been uncovered worldwide.