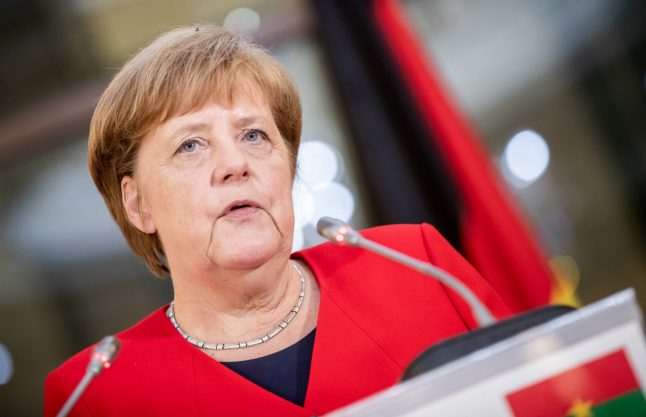 In normal circumstances it would have barely raised an eyebrow. Last Tuesday Annegret Kramp-Karrenbauer, the leader of the centre-right Christian Democratic Union (CDU), called an unscheduled meeting of the party executive committee to take place in Berlin at the start of June. Unusual perhaps, but nothing too extraordinary.

But these aren’t normal times. The announcement immediately shot across news sites and TV channels. Why was Kramp-Karrenbauer, AKK for short, organizing this meeting so soon after the European elections, the media asked.

Die Welt, a newspaper with close connections inside the CDU – the party Angela Merkel led for 18 years – speculated that the AKK was about to perform a silent coup. Either wholesale cabinet changes were being planned in the wake of what is likely to be disappointing election results, or, even more dramatically, the meeting would be used to announce Merkel’s departure.

Not true, the CDU have insisted. They say the meeting is really going to be about the federal budget. Merkel replied with a “categorical no” when asked by a reporter if she would make an announcement on her future at the meeting.

But Robin Alexander, political journalist at Die Welt has doubled down, claiming that sources have told him the meeting will be about “arranging the departure in such a way that switch over at the Chancellery happens with dignity”.

SEE ALSO: Merkel bids to farewell to Facebook ahead of planned exit from politics

Gabor Steingart, an influential blogger, claims that the real purpose of the meeting is to pave the way for a new coalition government to be built between AKK, the Green party and the pro-business FDP.

It’s not just journalists who see conspiracy. Alexander Mitsch, a senior member of the CDU’s conservative wing, told Focus magazine that “the summit is definitely the right thing to do”.

“It offers a great opportunity to initiate a change of leadership,” he said. It is hardly surprising that there has been such wild speculation in recent days. Ever since AKK won a party vote to take over as chairwoman in December, the CDU have been in uncharted territory. Never before has a CDU Chancellor not also been leader of the party.

Merkel, who has said she will not run as Chancellor again when new elections are due to take place again in 2021, has never been so weak.

And while AKK is seen as a Merkel-loyalist, she has been working tirelessly to pull the party to the right of the centrist course set by Merkel.

She has picked fights with liberals over political correctness and distanced herself from Merkel’s controversial refugee policies, making clear that, unlike Merkel she would consider closing the borders if mass migration occurred again.

Kramp-Karrenbauer has even had discreet meetings with Merkel’s long-time rival Friedrich Merz, whom she has reportedly offered a senior role in government when she takes over.

If press reports are to be believed, this jostling for power has not gone unnoticed in the Chancellery. Merkel was conspicuous by her absence at the start of the CDU’s European election campaign in April. Allegedly, she had promised AKK she would appear, only to cancel at the last moment.

But while newspapers are seeing conspiracy behind every door, political scientists are taking a more analytical approach to the CDU's leadership dilemma.

Jürgen Falter, a politics expert at the University of Mainz, told the Local that the rumours of Merkel's demise are likely premature.

He explained that a change of Chancellor “can't just be decided upon by Ms Merkel, it would need to be agreed upon by a majority of the Bundestag (German parliament)”. The CDU would only risk such a vote if they were sure they could secure such a majority. But for this they would need either the support of the Social Democrats (SPD) or a combination of smaller parties.

Falter says that the SPD would not back Kramp-Karrenbauer. The Greens meanwhile, who are flying high in the polls, would be foolish to enter government now with their small number of MPs rather than wait for new elections at which they are likely to treble their numbers, he argues.

“Everything suggests that Merkel will see out the legislature period until 2021,” Falter concludes.

The one remaining circumstance under which Merkel's reign could end this year would be the SPD pulling out of government and forcing the CDU to call new elections. Even this is unlikely, Falter believes

“The SPD probably won't want to have elections at the moment since they are polling so badly at the moment,” he says.

What next for Merkel?

Whether the press have done a Mark Twain on Merkel and killed her too soon remains to be seen. Whatever the exact date though, the Merkel era is coming to an end. She made clear last autumn that she would not seek re-election. But could a career in Brussels await her, as some commentators have suggested?

Falter’s assessment is that “Merkel could well be conceivable as President of the Commission in Brussels, even as (Donald) Tusk's successor (as Council President), but she has very clearly rejected that”.

“I really do believe that, when she decided to leave the Chancellery, she also decided to end her political career,” he says.