The case will look at what was behind the deaths that occurred between 2008 and 2009 when Didier Lombard was at the helm of the company, which is today known as Orange.

The trial opens at the Paris criminal court nearly seven years after Lombard and France Telecom were charged with harassment in what was a first in France.

Also in the dock are a handful of former senior executives accused of harassment and others facing charges of complicity in a trial which will likely be closely followed by business, unions and workforce experts. The company faces a maximum fine of €75,000 if convicted

Expected to last more than two months, it could result in a conviction for institutional psychological harassment.

Despite France's labour laws, which are some of the strongest in the world, depression, long-term illness, professional burnout and even suicide have become increasingly common.

Unions and management accept that 35 France Telecom employees took their own lives between 2008 and 2009 and Lombard stepped down as a result of the deaths.

Formerly a public company, France Telecom was privatised in 2004, a move which led to major restructuring and job losses.

Prosecutors say the company and its chief executive at the time introduced a policy of unsettling employees in order to induce them to quit.

During the investigation, magistrates focused on the cases of 39 employees, 19 of whom killed themselves, 12 who tried to commit suicide and eight who suffered from acute depression or were signed off sick as a result of it.

In July 2008, a 51-year-old technician from Marseille killed himself, leaving a letter accusing the bosses of “management by terror”. Two months later, a 32-year-old woman killed herself in her Paris office as horrified colleagues looked on.

Lombard, who served as chairman and chief executive between 2005-2010, inflamed the situation with remarks that came off as extremely callous,
admitting he had committed “an enormous gaffe” when he speaking of a “suicide fad”.

The remark was seen as a final straw, and he resigned in March 2010.

The investigating magistrates' summary of charges, a copy of which was seen by AFP, it says Lombard put in place “a corporate policy aimed at undermining the employees.. by creating a professional climate which provoked anxiety”.

It outlined multiple haphazard restructures, forcing people to move around geographically and repeatedly pushing incentives for them to resign.

And France Telecom could be slapped with a €75,000 sanction if found guilty of “moral harassment” which is defined as “frequently repeated acts whose aim or effect is the degradation of working conditions”. 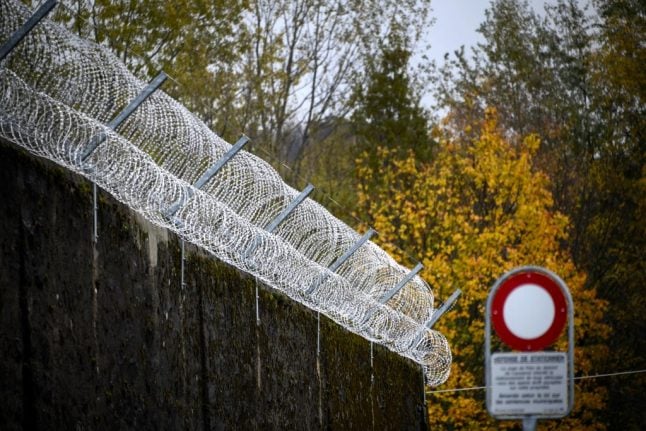 The issue has come to the fore following a request made in 2018 by a convict behind bars for life, which exposed a legal vacuum in a country that has long been at the forefront of the global right-to-die debate.

Switzerland's cantons, which implement prison sentences, have agreed “on the principle that assisted suicide should be possible inside prisons,” the Conference of Cantonal Departments of Justice and Police said.

Conference director Roger Schneeberger told AFP that there were still differences between cantons on how assisted suicides could be carried out in prisons and a group of experts would issue recommendations by November.

Swiss law generally allows assisted suicide if the person commits the lethal act themselves — meaning doctors cannot administer deadly injections, for example — and the person consistently and independently articulates a wish to die.

Organisations that support assisted suicide also apply their own procedures, which are more robust than the legal requirements and sometimes require the person who is requesting it to have a serious illness.