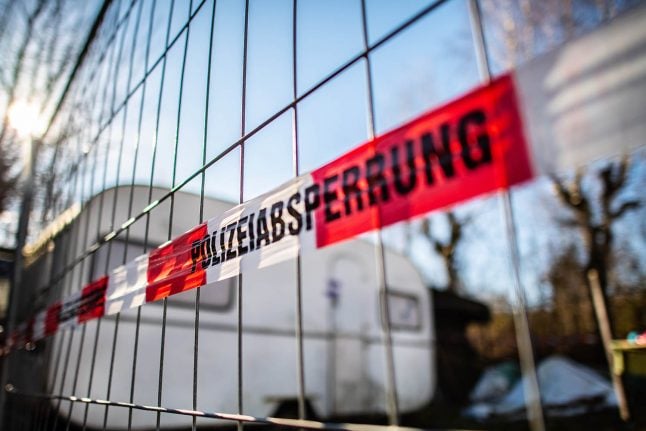 Police have alleged that three men sexually abused dozens of children over a ten-year period from a caravan park in Lügde, 20 kilometres east of Detmold in North-Rhine Westphalia.

The men are suspected of filming the abuse, before distributing it online.

The principal accused is a 56-year-old man who was a permanent resident of the campsite. Two further suspects – a 33-year-old man and a 48-year-old man – are also being held.

While the men have been in custody since January, in February it emerged that a suitcase containing evidence – including a terabyte of data – went missing from a police evidence locker.

As a result, the Detmold Police Department have been taken off the case and replaced by external investigators – with suggestions that obstruction of justice charges may be brought against two officers.

It's been described as 'the largest abuse scandal in German history'.

The abuse is alleged to have occurred from 2008 to 2018, with the acts filmed and later distributed online.

Initial reports indicated that 23 children had been abused at the campsite, with the amount later rising to 31.

But the most recent reports suggest that 40 victims have been identified, although that number may continue to climb.

Lost evidence, deleted data and a failure to investigate

Despite reports that abuse had been taking place at the caravan park, police and youth services workers failed to adequately investigate, according to reports.

Youth services had been alerted to the alleged abuse of a foster child, but concluded after a brief investigation that there was no suspicious behaviour – while also failing to pass on the allegation to police.

In another case, after receiving a tip regarding sexual abuse at the park, the police made a handful of phone interviews before passing the information on to youth services workers without following up any further.

In February, police realized that a suitcase full of evidence – including a terabyte of data on 155 CDs and DVDs – had gone missing from an evidence locker.

Investigators found that the suitcase had been missing for six weeks before it was noticed. Only three of the CDs had been reviewed by police, while there had been no attempts to back up the evidence.

Two police officers from the Detmold squad are being investigated for obstruction of justice.

“This is no longer a question of negligence – we are talking about police failure in this case,” Reul said. Reul, of the centre-right Christian Democratic Union (CDU), remained confident that the three suspects could be prosecuted successfully. Despite the lost evidence, investigators have obtained 13,000 files – some of which includes child pornography.

Despite the minister’s optimism, there have been calls for him to resign.

The opposition, centre-left Social Democrats (SPD), says that Reul must step down after allowing himself to be ‘duped’ by investigators.

In a press release, the SPD’s Hartmut Ganzke said “Reul has become a security risk, he has failed in the investigation of the largest abuse scandal in the history of the country.”

“The Interior Minister must take responsibility and resign. Immediately.”

Three men are currently being held in custody. The charges against the men include sexual assault, possession of child pornography and denial of justice. In total, the three have been charged with more than a thousand offences.

The 68-year-old had been implicated in the ring after being reported to police by his daughter. She said her father had allowed the 56-year-old main perpetrator to care for her unsupervised on several occasions when she was a child, where sexual abuse had taken place.

Despite telling her father she was being sexually abused, he continued to place her in the care of the 56-year-old man.

The police dropped the charges against the 68-year-old man after an investigation concluded that he was not personally involved in the ring.

Investigations into the police malpractice – as well as the sexual abuse allegations – are continuing.