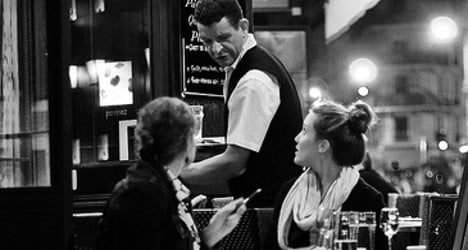 Elegant, soigné, sophisticated – these are some of the stereotypes we have about the French. And while it may not be true for all of them (ahem, Gerard Depardieu) certainly appearance and generally seeming like you have made an effort is valued here.

For some of us, it may be a bit hard to understand the need to “look nice” just to run into the bakery first thing in the morning, before you’ve even had your coffee, until you understand (and appreciate) the importance of everything “looking nice” in France. (After all, that’s why it’s so beautiful here, right?) Gerard Depardieu, not the best example of the elegant Frenchman theory. Photo: AFP

So when we go shlumping around in our sweats, hair awry, we are in a way jarring the visual perfection of the composition surrounding us.

This can be off-putting to the French, who take great care to make things look nice, and pride in doing so.

Perhaps it’s not so surprising that when people from other places, not knowing any better, break these rules, they sometimes meet with a somewhat frosty reception, or even the occasional disdainful look or sharp remark.

In thinking about this lately, and about the way many of my well-meaning (but sometimes rather clueless) fellow Americans go about their daily interactions when visiting France, it occurred to me that while Americans hear all the time about how rude the French are, I think very few of them have even the faintest notion that perhaps they are the ones being rude—according to French rules of behavior.

And surely those are the rules that should be adhered to when in France, aren’t they?

The thing is, most Americans (and many other foreigners in France) probably have no idea that they are breaking important rules of polite behavior when they don’t comb their hair or get properly dressed before going to the boulangerie or dropping the kids off at school.

Not starting out every verbal interaction (any one at all!) by first saying a friendly bonjour to the merchant (or friend, or policeman, or bus driver, or whomever) is accorded to be just as rude in France, ditto starting to pick up and squeeze the fruit on a stand, before first saying bonjour, and then asking the merchant if it’s okay to touch it. At the market always ask before you squeeze. Photo: AFP

These are just three examples of rules of behavior that are extremely important to follow in France, but that do not necessarily apply in other places.

Unfortunately, it is lack of this kind of cultural knowledge that often causes foreigners in France to break these and other rules, leading to rather unpleasant experiences with the locals that tend to reinforce the false stereotype of the rude, cold, arrogant Frenchman or woman.

But it’s not fair to interpret this as proof that those offended by these social blunders or affronts to their sense of propriety are rude or unfriendly.

It’s kind of as if a bull crashing his way through a china shop kept looking around, seeing the expressions of shock and dismay on the shopkeepers’ faces as he breaks every piece of china in the store (or in this case, every rule in the book), all the while muttering “What’s wrong with these people?!”

But it doesn’t have to be this way. By learning just a little bit about what is considered proper social behavior in France, and trying to remember to follow the basic rules of polite interaction, the experience of travelers in France can be vastly improved.

And it will give them the chance to see that most French men and women are not only not rude and unfriendly, they can be – and very often are – downright sweet and charming. Janet Hulstrand is the author of Demystifying the French: How to Love Them and Make Them Love You. A professional writer, editor, writing coach and teacher, she is the creator of Paris: A Literary Adventure, a study abroad program of the City University of New York, and of her own Writing from the Heart workshops. She divides her time between Essoyes in the Champagne region, and various parts of the United States. You can find out more and buy her book here. 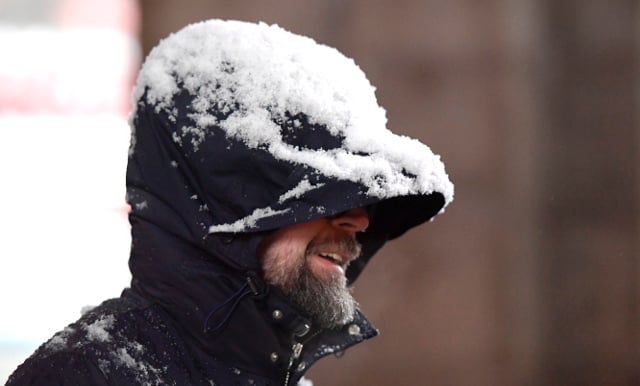 Some countries cope better with the winter than others. Photo: Anders Wiklund/TT

Here are the seven unusual things I miss the most since I left Sweden for my new home in France.

They say Stockholm has 40 percent green space, and that there's a park within four hundred metres of you at all times. But you don't really notice it until you live somewhere with no parks. Yes, Sweden gets top marks for its green space, and the raw nature outside the city is world class too. I’ve heard people talk about the horrendous Catch-22s of Swedish admin – especially for foreigners. The rigmarole of getting a personnummer, the struggles of opening a bank without a job, and the troubles of getting anyone to read your CV. But Sweden is a walk in the park, at least compared to a country like France, where the red tape is legendary. Expats throw parties in France when they are finally granted social security, or citizenship. Consider yourselves lucky. An orderly Swedish queue for a bank. Photo: Gustav Sjöholm/TT

The preparedness for winter

Sweden, as we all know, gets cold. I once saw -27C in Uppsala and I lived to tell the tale. But Sweden is so well prepared for the cold that you hardly notice it. The buses and trains are warm, as are the shops and restaurants, and the homes are crispy. But elsewhere in Europe, I’ve noticed that the winter seems to take everyone by surprise. I was eating in a Paris patisserie recently that had huge open doors and no heating. It was bone-chilling. If the same patisserie was in Sweden, all the customers would be dead. If Sweden was a dog, it would be a small one, capable of a big bark when it was necessary. And it would also be the underdog in almost every competitive event ever. And there’s something that I, as an expat there, really got into supporting. I used to feel a thrill to see a Swedish singer making it big, or a Swedish actor finding success in Hollywood. “They’re Swedish,” I’d say to friends or family. But in other countries, like in France or the UK or the US, success is kind of expected – and there's not the same kind of underdog pride. The generous paternal leave (even though I’ve never had kids)

This might sound like a weird one for a father-of-none, but I’ve seen the advantages of Sweden’s paternity leave and I like them. For one thing, as a fellow employee of someone who heads off for months to look after their kid, there’s suddenly new professional opportunities to fill while they’re away. The mother or father tends to come back refreshed, and you’re left with more experience, or even a better job. In France, the men get a handful of days off and return grumpy and tired, while you’ve been left to cover their back. And mothers only get 16 weeks. Sweden is a good country to be a parent in. Photo: Hasse Holmberg/TT

The fact that everyone speaks English

Very, very few places on earth can claim that their nationals speak better English (as a second language) than the Swedes. So luckily for you as a foreigner in Sweden, if you’re learning Swedish, you’ll almost always be able to toss in English words when you’re lost and the conversation won’t lose momentum. And if you want to, you’ll certainly be able to open a bank account in English. But in other countries, like France, they are too petrified or too arrogant to lower themselves to speaking English. They don’t even try. I saw Blade Runner at the cinema recently and the ticket seller pronounced it “Blard roonaire”. He didn’t even try. Can you imagine a Swede saying it in a Swedish accent, “Blard-eh rune-ah-re”? Never. It's easy to take the high standard of English in Sweden for granted. Photo: Leif R Jansson/TT

Yep, I miss the arga lappar (passive aggressive angry notes) that Swedes leave in the laundry room. I prefer it tenfold over hot-tempered Europeans who beep their horn too much, who itch at the chance to argue, and who wave their hands in the air the second they’re uncomfortable. Confrontation gets everyone worked up – but at least in Sweden they hide behind their pen and paper. And what’s more, a great angry note is so silly that it can go viral, can be shared across the nation, and bring us all a smile. No amount of aggressive confrontation anywhere else in the world is going to make anyone else happy. Keep doing your thing, Sweden. What did you miss when you left Sweden? Or what do you think you would miss? Share your thoughts in the comments below.