Britain’s departure from the EU has been delayed again, but this time there could be six months extra time. What should Britons in Germany do during this time? From EU voting to citizenship, we break it down for you.

The decision by the European Council is intended to give British politicians more time to work out their differences and agree on a deal to avoid the UK crashing out of the EU with no deal.

But the extra breathing space also applies to British people in Germany who may still need to apply for their residence status so that they can stay here long-term. Meanwhile, some people might now qualify for dual citizenship.

Here are some important points to consider.

Do I need to register?

If you're living in Germany then you will have likely registered (angemeldet) already. If not you should do so immediately at your Einwohnermeldeamt. All citizens (not just British) are required to do this within 14 days of arriving in Germany if they are staying longer than three months.

In some places the Einwohnermeldeamt is known as the Kreisverwaltungsreferat (KVR), Bürgerbüro or Bürgeramt. When you change addresses in Germany you must de-register from your old address and register at your new one.

An overview of all Einwohnermeldeämter is available here.

Do I need a residence permit?

After Brexit, all Brits will need a residence permit to be able to stay in Germany long-term regardless of whether there's an agreed deal or not. Authorities have urged Britons to apply for this before Brexit happens to ensure they can stay in the country.

Rob Harrison, of citizens' group British in Germany, said people should still think about securing their future even though the deadline date has been pushed back.

“Everyone will need to apply for a permit,” said Rob Harrison of British in Germany. “In Berlin and in some other parts of the country they have this waiting list where you apply and receive an appointment.

SEE ALSO: What you need to know about Berlin's Brexit registering process

As Germany is a federal country, states differ on how they are implementing the residence permit process. Some states are already asking people to register and apply for a permit voluntarily before Britain makes its exit.

Others have issued letters asking residents to book an appointment with the immigration office, while others are asking British people to fill in a form online.

If you've not already done so, get in touch with your local authority. Find your relevant foreigners authority here. Note that you need a valid passport to be able to apply for a permit.

Authorities are also looking at forming a new law that would make it easier for groups such as pensioners, unemployed people or low earners to meet the requirements for a permit.

READ: Why Germany struggles to understand the issues at heart of Brexit

Brits across Germany are being urged to look into applying for a residence permit as soon as possible. Britons have been assured by the government that no one will be asked to leave the country when Brexit happens.

Axel Dittmann, head of the Brexit Task Force for the German government also told the Local: “Our very clear political objective is to ensure that all British citizens living in Germany can continue to live, work and study here.

“No British would have to leave Germany as a result of Brexit, including pensioners and welfare recipients.”

What about becoming German?

This is probably the best way to rubber stamp your future in Germany and to safeguard your current rights as an EU citizen. In the future when the UK isn't in the EU, Brits will probably not be able to hold dual nationality. That's because non-EU citizens must, for the most part, give up their current nationality to become German. 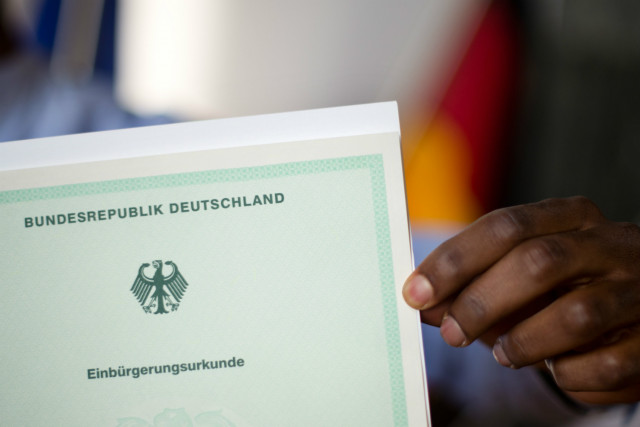 Many Brits, who want to keep their British citizenship as well as have a German passport, have been applying to get dual citizenship before Brexit.

To become a naturalized citizen, you have to have lived in Germany legally for at least eight years. But the requirement can be shortened to six years if you take a German-language integration course, which can be done fairly affordably through a local Volkshochschule (community college). Plus you have to be able to speak German with at least B1 level.

SEE ALSO: How to get German citizenship (or just stay forever)

In the run up to Brexit, citizens’ groups have been urging Britons who may not fit all the criteria for naturalization to apply anyway, or at least inquire about it, because points can be gained for things like active community involvement.

Harrison said the Brexit delay meant more people may qualify for dual citizenship and urged people interested to inquire about it.

“You shouldn’t balk at the eight year time limit. You should at least put the request in especially if you've been here six years,” Harrison said.

Authorities have said anyone who hasn’t received a decision on their citizenship application by the Brexit deadline will still be able to get dual citizenship. Local governments across Germany are very busy at the moment processing Brexit administration so expect delays.

“The German government has said that as long as you get your request in by Brexit day the decision can be made afterwords,” Harrison said.

What happens if there is a deal?

If a withdrawal agreement is in place before October 31st, then a transition period will likely begin.

The original transitional period was due to end on December 31st, 2020. We don't know yet if this will change. During a transition period, the UK will be treated like a member state of the EU. EU rules on freedom of movement will continue to apply during this period.

Can I vote in the European parliament elections?

The European elections were not supposed to involve the UK given that they were due to leave the EU on March 29th and then again on April 12th.

However, the latest Brexit delay means that the UK will likely still be a member come May 23rd – unless Prime Minister Theresa May can somehow get parliament to back her deal, in which case the UK can leave.

But if they don't then the UK will have to field candidates to be elected to the European Parliament and British citizens would be allowed a vote.

You can only vote in the UK if you left less than 15 years ago. The deadline for voter registration for EU elections is May 7th if you decide to vote in the UK.

“If you’re still entitled to vote in the UK you can apply to the Electoral Commisson to take part in the UK elections,” said Harrison.

In Germany the deadline for registering to vote is May 5th.

“You have to go to your local registration office to sort out registration,” said Harrison.

Note that you can't vote in both UK and Germany  – you have to choose one country to vote in.

Other things to think about:

In the event of a deal it's likely agreements will be formed on issues such as driving licences but if you're planning to stay in Germany long term it might be a good idea to change your driving licence.

Be aware though, that this process may be lengthy in some places at the moment, such as Berlin where a lot of British people live, as many Brits are doing this. 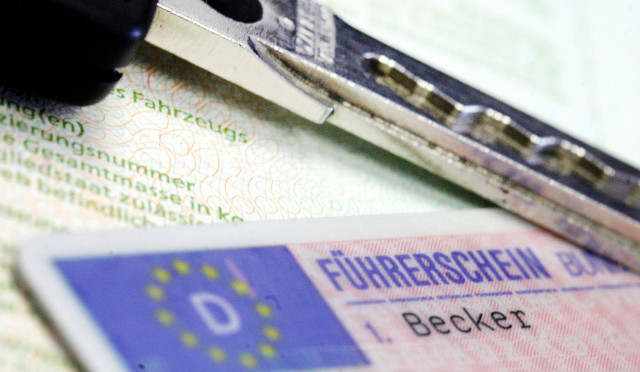 SEE ALSO: How to swap your UK driving licence for a German one

If you hold a UK qualification which has not yet been recognized in Germany, you might want to consider requesting a recognition of your qualification before Britain leaves the EU. Through this website, you can check if it is recognized in Germany or if you should take action.  You can also contact the governmental organization through the website if you have any questions.

“If you have UK qualifications that have not yet been recognized by Germany, the European Commission advises that you start the recognition process before Exit Day,” Sir Sebastian Wood, UK Ambassador to Germany, previously told The Local.

The UK government has or is seeking agreements with countries on healthcare arrangements for UK nationals after Brexit.

If the UK leaves the EU without a deal, and there is no agreement with Germany to continue reciprocal healthcare arrangements, UK nationals (eg pensioners) would no longer receive coverage through the S1 form.

In this case, people should take out German health insurance. According to German no-deal laws, those affected will be able to join a statutory health insurance (gesetzliche Krankenversicherung) within three months of the UK leaving the EU, without being subject to the normal restrictions on age, etc. Those affected would be required to pay towards this insurance.

Contact your Krankenkasse for more information and read the Association of German Health Insurers' Brexit FAQ.

British in Germany recommends that if you have a personal pension in the UK (this doesn't apply to state or public service/occupational pensions) and have not yet retired, think about getting advice about how to deal with this.

You should write to your private pension company in the UK to ask them what plans they have for post-Brexit scenarios.

Studying in Germany or the UK

The British embassy recommends reading  UK nationals in the EU: essential information, attending one of the embassy's citizens outreach meeting and following your local British Embassy on Facebook and Twitter.

You should also check out the German Federal Government's website with answers to frequently asked Brexit questions, this Living in Germany guide by the UK Government and British in Germany's useful website. Updated: The ultimate Brexit checklist for Brits in Germany ‘I’ve seen war in Europe’: Berlin veteran in push to get people voting in EU elections