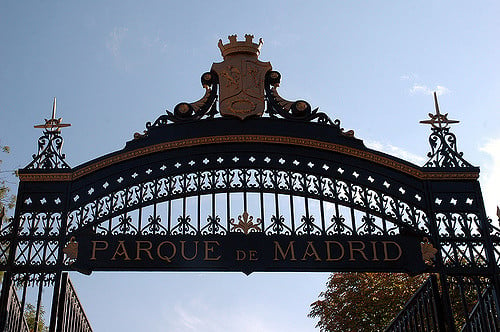 Puerta de España, one of the entrances into Madrid's Retiro Park. Photo: Caribb/Flickr

The Second Republic was the democratic regime that existed in Spain between 1931 and the end of the Spanish Civil War in 1939.

It was proclaimed on April 14th 1931 following municipal elections in which anti-monarchist candidates won the majority of votes, sending King Alfonso XIII, the grandfather of King Juan Carlos, into exile.

But on July 18th, 1936, army generals staged a failed coup against the fledgling republic, dividing the country between those who supported the Republic and the “nationalist” rebels.

Among these was General Francisco Franco, in command of the army in the Spanish protectorate of Morocco.

What followed was three years of fighting across Spain as Francoist forces encroached on Republican strongholds eventually gaining the upper hand.

On April 1st 1939, the conflict came to an end with Franco establishing a dictatorship that was to last 39 years until his death in 1975. While there has been much controversy over the years about Francoist symbols that have remained in public places throughout Spain, what about the symbols of the Second Republic?

Franco did not rid Spain's capital of them all, in fact, even today you can find many symbols of Spain's Second Republic if you know where to look. The former Post Office headquarters that now serves as City Hall, has huge historical importance for the Republic. It was here that the first tricolor flag was hoisted on April 14th, 1931 announcing the new government. It was here, in the heart of the capital, where tens of thousands waited for the proclamation of the Second Republic following municipal elections, viewed as a referendum on the monarchy, which saw Alfonso XVIII forced into exile. Each April 14th Republican minded Spaniards hold a demonstration. The former residence of the Royal Family became the headquarters of Manuel Azaña, President and Head of State of the second Republic. The name was changed to the National Palace and on one corner of the building, that facing Calle Bailen, it is still possible to see the Republican ensignia of a lamp topped by crenellated crown. Truly a building representative of the Second Republic. Designed by architect Secundino Zuazo Ugalde and the German urban planner Hermann Jansen, this complex designed to house all the government ministeries was built with a floor plan in the shape of a hammer and sickle. The elegant entrance to Madrid's Retiro park from Calle Alfonso XII includes a Republican shield above the wrought iron gates. The Clock on the main façade of the capital’s most important train station stands proudly in an iron setting with the Second Republic crenellated crown above. It may be overshadowed by the much larger and taller clock tower but it survived 36-years of dictatorship. The Casa de Campo was opened to the public on May 1st 1931, after previously being the exclusive playground of the Spanish royals. Republican public drinking fountains, built between 1932 and 1934, can still be found dotted around the park.