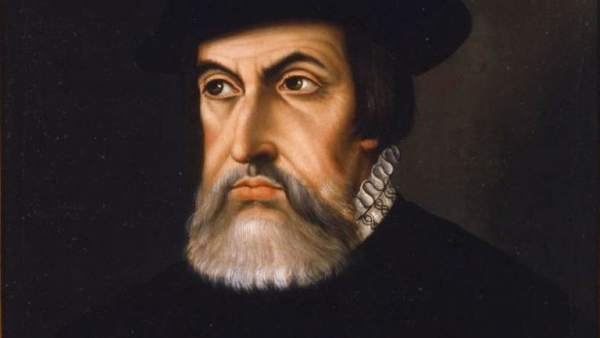 A painting of the Conquistador Hernan Cortes. Photo: Wikipedia

Mexican President Andres Manuel Lopez Obrador tore open a 500-year-old wound Monday when he said he had sent letters to the king of Spain and the pope urging them to apologize for the conquest of the Americas and the misdeeds committed in the name of the crown and the Church in the centuries of colonialism that followed.

The Spanish government responded with a blunt no, saying it “firmly rejects” the idea.

The Vatican, for its part, said it considered the matter closed, recalling on its website that a series of popes already apologized for the abuses committed in the name of evangelizing the indigenous peoples of the New World.

That includes Pope John Paul II in 1992, on the 500th anniversary of Christopher Columbus's arrival in the Americas, and Pope Francis on two occasions — in Bolivia in 2015 and Mexico in 2016.

In Spain, the Mexican president's foray into the history books got swept up in the politics of a country gearing up for snap elections on April 28t, in which conservative parties are trying to portray Socialist Prime Minister Pedro Sanchez as a weak defender of national interests.

The leader of center-right party Ciudadanos, Albert Rivera, called the Mexican president's letter “an intolerable offense to the Spanish people.”

And Arturo Perez-Reverte, one of Spain's most popular contemporary writers, said if the Mexican president “really believes what he says, he's a fool.”

'More important business' Lopez Obrador said he was not trying to antagonize Spain.

“We're not going to get into a confrontation with the government of Spain… We are simply proposing an idea we think would help bring our peoples closer together,” he told a press conference.

In Mexico, the most notable reaction to the president's remarks was apathy.

Many wondered why the leftist leader was not focusing on more pressing problems, such as rampant crime and corruption.

“Honestly, I think we have situations in this country that he should be concentrating on a little bit more,” Tristan Velazquez, a 23-year-old government worker in Mexico City, told AFP.

Mexico and other Latin American countries already held raging debates over the legacy of colonialism in 1992, on the 500th anniversary of Columbus's arrival.

There was puzzlement over Lopez Obrador's decision to reopen to the topic in connection with another anniversary — that of conquistador Hernan Cortes's first battle, waged on March 14, 1519, with the indigenous inhabitants of Centla.

“It wasn't great timing,” said historian Lorenzo Meyer, of the College of Mexico.

“You can't do it by force. If you try, the only response you can expect is anger, is 'Who do you people think you are?'”

There were, however, events that took place during the Spanish conquest worth apologizing over, Meyer said.

Mesoamerica had an estimated population of 15 million to 30 million people when Cortes arrived with an army of several hundred men, carrying horses, swords, guns and smallpox — all unknown in the New World at the time.

After a century of battles, massacres and plagues, an estimated one million to two million indigenous inhabitants remained.

“The demographic catastrophe of the conquest is clear,” he said.

Mexico, which gained independence in 1821, has a complicated relationship with its colonial past.

The nation is the product of “mestizaje,” the mixing of the Old and New Worlds. But it is a history tainted by violence, rape and oppression.

The angry reaction in Spain to Lopez Obrador's comments indicates the past is still problematic there, too, said Meyer.

“I don't understand the virulence of the Spanish response,” he said.   “It shows Spain hasn't gotten over it, either.”

Other historians said there was no point in Spain and Mexico fighting over the past.

As author Francisco Martin Moreno told TV network MVS, Spain and Mexico “didn't even exist as such” 500 years ago. 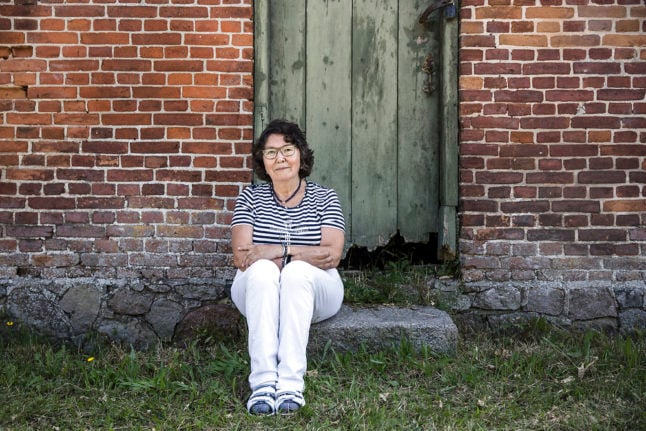 Helene Thiesen, who was taken by Denmark from her family in Greenland in 1951, here pictured in 2016. Photo: Nikolai Linares/Ritzau Scanpix

In 1951, 22 children were chosen to be moved to Denmark from Greenland, which until 1953 was a Danish colony.

They were promised a better life in Denmark with the goal of them later returning to Greenland, as assimilated Danes, to form a future elite which could serve as a link between Copenhagen and Greenland's capital Nuuk.

In Denmark, the children were deprived of contact with relatives and once they returned to Greenland they were not reunited with their parents but instead put in an orphanage. Many of them would never see their families again.

“We cannot change what happened. But we can take responsibility and apologise to those we should have cared for but failed to do,” Prime Minister Mette Frederiksen said in a statement.

“I have been following the case for many years and I am still deeply touched by the human tragedies it contains,” said Frederiksen, who has sent a letter to each of the six children who are still alive.

One of them, Helene Thiesen, who was seven years old at the time she left for Denmark, said she was comforted by the apology.

“I am relieved that the apology has finally been delivered. It is really, really important. It means everything. I've been fighting for this since 1998,” she told the news agency Ritzau.

The official apology follows the publishing of a study which examined the fates of the children.

Greenland's Prime Minister Kim Kielsen was quoted in the government statement saying that he was moved as he learned of the plight of the children and reflected on how “cooperation between Denmark and Greenland has developed a lot. Today we are equals, looking back on history together”.

The massive Arctic territory of Greenland, now an autonomous territory within the kingdom of Denmark, has said that full independence is in the future, though no timetable has been set.

Greenland still relies on Denmark for state functions like maintaining the currency, foreign relations and defence policy, and separating would mean the loss of an annual subsidy of some 480 million euros or 60 percent of its budget.