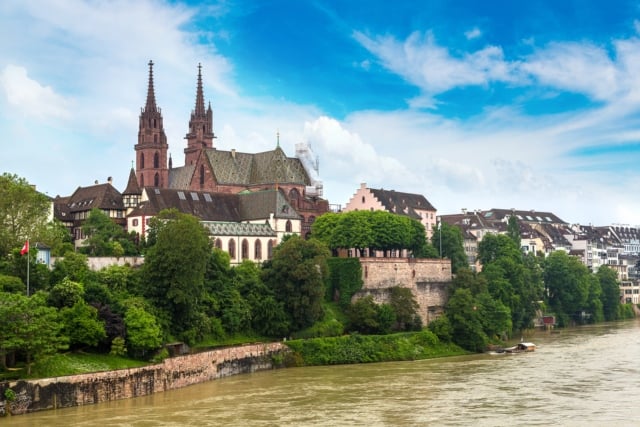 Basel is in tenth place in the new Mercer quality of living ranking. File photo: Depositphotos

The 2019 Quality of Living Ranking published on Wednesday by human resources consulting firm Mercer is no different.

Zurich comes in second behind perennial top-place getter Vienna, while Geneva is in ninth place – one position lower than last year – and Basel comes in tenth for the second-year running.

Read also: Opinion – 12 things that surprised me about moving to Zurich

Zurich picked up points for its high number of international schools, its safe and reliable transport infrastructure and its excellent health system, said Narcisa Chelaru with Mercer in Zurich in a media release.

The city’s cultural activities and its property options were also cited – despite ongoing concerns about the lack of affordable housing in Switzerland’s biggest city.

Meanwhile, other cities to make the top ten this year include Auckland, Munich and Vancouver – all equal third – as well as Düsseldorf, Frankfurt and Copenhagen.

The Swiss capital of Bern also did well, coming in 14th overall.

Read also: 13 reasons why I love living in the Swiss city of Bern

The Mercer rankings are based on 39 factors across ten categories including political and social environment, socio-cultural environment (including censorship and limitations of personal freedom) recreation, housing, economic environment, public services and transport, the natural environment, availability of consumer items and health and education systems.

According to Mercer, the rankings are designed to enable multinational companies and other organizations to compensate employees fairly when placing them on international assignments.

European cities continue to dominated the rankings in 2019 taking 13 of the top 20 places.

The Iraqi capital of Baghdad come bottom of the 231 cities included in the ranking.

Do you live in Zurich, Geneva, Basel or Bern? Write in and tell us what you like or don't like about where you live. 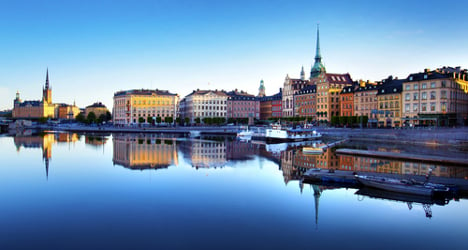 The Swedish capital, Stockholm, is cheaper for expatriates than Milan and Rome. Stockholm photo: Shutterstock

Milan is the 30th most expensive of 211 cities for expats, just one place above Rome, based on calculations by financial services provider Mercer.

Both Italian cities are getting comparatively more expensive, with Milan jumping 11 places in a year and Rome up from 44th place in 2013.

Based on the study, which compares the cost of over 200 goods and services, such as housing and transport, life is more expensive in each of the two Italian cities than Vienna, Stockholm and Helsinki.

For The Local's British Stockholm-based Assistant Editor, Sophie Inge, who has also worked in Rome, some aspects of life in Sweden are much more expensive.

“Generally, eating out regularly in Rome is not likely to break the bank (as long as you avoid the tourist traps) whereas in Stockholm you could only really afford it about twice a month on an average salary,” she said.

“Alcohol is also extremely expensive, with a glass of wine costing up to 120 kronor (€13).”

Travel and accommodation were however on a par in the two European capitals, she said, although the set-up in Stockholm makes it easier for expats to rent cheaper homes.

“It’s only when you rent in the centre of Stockholm that you have to pay through the nose. But the public transport system here is so efficient that it’s perfectly feasible to live in the suburbs and commute to work,” Inge said.

Overall the most expensive cities for expats are in Africa – the top spot was taken by Luanda, the Angolan capital, followed by Chad’s capital N'Djamena.

In Europe three cities made it into the top ten, all in Switzerland. Zurich was ranked fifth, closely followed by sixth-place Geneva and the capital, Bern, coming in eighth place.

At the other end of the scale, the cheapest expat city in the world was named as Karachi, in Pakistan.