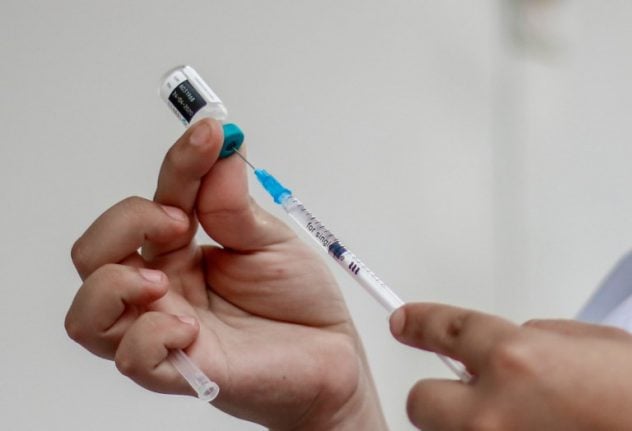 A new law came into force in Italy today that means parents risk being fined up to €500 if they send unvaccinated children to school.

Italian health minister Giulia Grillo, an M5S member, said on Monday that “everyone has had time to catch up” with their vaccines by now.

Many parents had been left confused about school vaccination requirements after a series of abrupt u-turns on the issue by the government last year. Italy is one country where long-discredited claims of a link between the combined measles, mumps and rubella (MMR) vaccine and autism had a significant impact on public perceptions of the safety of the jab, and rumours continue to circulate.

After forming the current populist coalition government with the League last May, the party threatened to overturn Italy's vaccination laws, saying that requiring schoolchildren to be vaccinated against common diseases was “coercive.”

It protested against Italy's so-called Lorenzin law, under which children must receive a range of mandatory immunisations before attending school. These include vaccinations for chickenpox, polio, measles, mumps, and rubella.

The party later backed down over the issue.

READ ALSO: Compulsory vaccinations in Italy: How it works

Some parents opposed to vaccinations have said on social media that they will now withdraw their children from school.

As the law comes into force today, some parents have already been reported for falsely claiming that their children were vaccinated.

But Italian officials say the compulsory vaccine law has helped to bring measles innoculation rates back towards the 95 percent population coverage rate recommended by the WHO.

On Monday – the last day for parents to provide documentation proving their children had been vaccinated – the Italian health ministry released figures claiming a national immunisation rate of around 94 percent for children born in 2015, up from 87 per cent in 2016..

95 percent is the threshold for “herd immunity”, according to the WHO. This means enough of the population is vaccinated for the spread of the disease to become unlikely, thereby protecting those who cannot be vaccinated for health reasons.

That includes babies too young to be vaccinated, or those with certain medical conditions or weak immunity.

Last month, an eight-year-old cancer survivor with compromised immunity was unable to attend school in Rome because of the risk from unvaccinated chiildren in his class.