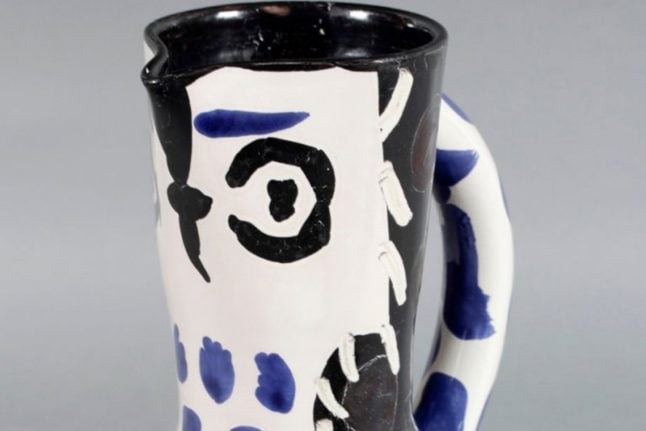 A man left a Picasso vase worth €10,000 on the floor of a train from Kassel to Düsseldorf in mid-February.

As reported in the Bild on Wednesday, the ‘elderly gentleman’ was travelling with the Picasso original, but forgot to retrieve it when getting out at Hamm, near Dortmund in North Rhine-Westphalia to catch a connecting train.

When he realized, he contacted Deutsche Bahn to try and locate the vase – which he left in a brown bag marked ‘Neumeister – Alte Kunst – Moderne’ on the floor of the train – but after an immediate search, it was nowhere to be found.

A full picture of the lost vase. Image: DPA

After a search for the vase was unsuccessful, police decided to release the information publicly in the hopes that someone had seen the vase.

They said the vase had been left on the train by the man due to 'momental forgetfulness' but had hoped to return it to its rightful owner.

The police said that the vase, which came from the man’s private collection, remained his property regardless of who found it.

The vase was originally created by the Spanish artist in the south of France in 1953. Part of his Owl Series – of which 500 were made – the vase is 26.5 centimetres tall and painted in blue and black.

Police now suspect that the vase has been misappropriated and are calling for witnesses who may have also travelled with the ABR 26734 on the same day (February 15, 2019) to contact them if they have any information.