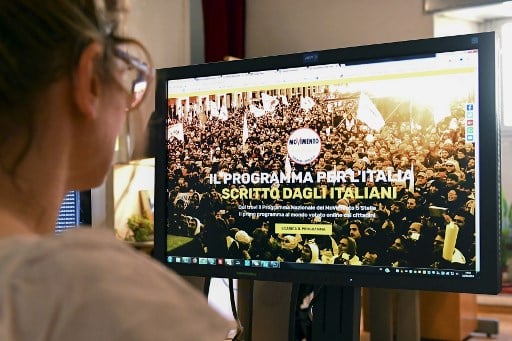 Today the Italian Senate's immunity panel voted to refuse a request from criminal prosecutors to proceed with charges of kidnapping and abuse of power against Interior Minister Matteo Salvini, who is also leader of the far-right League.

Local media reports that Five Star Movement (M5S) senators were divided over how to approach the issue. But many of the party's senators today voted to protect their coalition ally from prosecution after a poll on the M5S website found 59 percent of members agreed with M5S leader Luigi di Maio's call to block the trial.

Salvini sought immunity, saying he was “only doing his job” in refusing to allow more than 150 people, including children, to disembark from the Diciotti, a ship left in limbo for ten days in August when Salvini refused permission to land in Italy.

The ship was eventually allowed to disembark in Sicily only after the Catholic Church had brokered a deal with Ireland and Albania to take the migrants in. Salvini says he was never concerned about answering to the courts over the accusations, telling TV reporters this evening that he's been “sleeping well.”

But there will no doubt have been sleepless nights for some in the Five Star Movement (M5S), the anti-establisment populist party which rules alongside the League in Italy's coalition government.

The immunity panel's vote is not the final say in the case. There will now have to be a vote in the upper house.

But with most M5S Senators having pledged to follow the lead of their members' vote, it appears to be a foregone conclusion in favour of Salvini.

The vote presented a tricky philosophical dilemma for M5S, which bills itself as an anti-estblishment party fighting to clean up Italy's political landscape.

The party has long campaigned for politicians to be held legally accountable for their actions. It had repeatedly said during its election campaign that ministers who are convicted or even accused of any crime should step down.

But the party's leaders say this particular case is “different”, justifying their backing for Salvini by arguing that his actions were part of government policy.

Di Maio, who is also co-deputy prime minister, said Salvini was acting with his full support, as well as that of other government ministers.

The party reached its position “remaining faithful to its own values and to the principle of direct democracy,” Stefano Patuanelli, head of M5S senators, told local media. But some party members were unhappy about the party backing Salvini. Senator Elena Fattori said the result of an “illegitimate” online poll would not prevent her from voting against Salvini in the upper house.

“It sets a precedent,” she said. “To say no means that a minister can violate the law.”

She said Rousseau, the online voting system used by M5S, “is a private platform, a private association and shouldn’t be used for matters of national interest.”

M5S leader Luigi di Maio's facebook page received a flood of angry comments today from peope who said they'd voted for the party and felt betrayed. One commenter described the vote as “suicide” for the party.

Members of the opposition Democratic party (PD) protested outside the committee meeting this evening, carrying signs saying “disgrace” and shouting “call yourself honest?” at ministers.

A vote in favour of the trial from M5S senators would have worsened tensions between the two ruling parties, which formed an uneasy alliance in June last year.

Commentators have often warned of the parties' disagreements over key policy issues potentially causing the government to fail.

The popularity of M5S has dropped recently, as the League soared ahead of them in the polls.