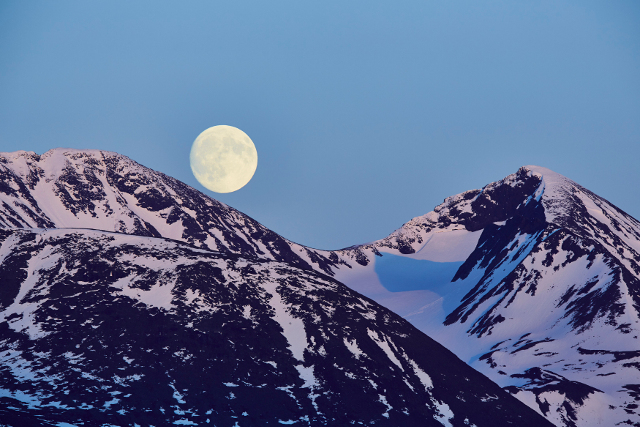 Sweden's national weather agency SMHI recorded gusts of up to 156.6 kilometres per hour on Saturday evening, with average wind speeds of around 133 km/h. But the locals were unfazed.

“It was a bit breezy. But it's not unusual for it to be this windy. I've experienced 180 km/h. There was one year when it was really windy and caravans were flying around,” Håkan Lundström, who runs a hotel in the Stora Sjöfallet national park, told regional newspaper NSD.

Despite several weather warnings being issued ahead of the weekend, mountain rescuers in the Norrbotten region were called out on several occasions.

“People should take the warnings seriously,” police spokesperson Ann-Christin Johnsen, told public broadcaster SVT. “It's dangerous for mountain rescuers as well to head out in weather like this.”

Three German nationals were rescued from Sweden's highest mountain, Kebnekaise, on Friday, as The Local reported at the time. On Saturday mountain rescuers had to be dispatched to assist two snow mobile drivers west of Jokkmokk and three snow mobile drivers north-west of Arjeplog.

Despite the windy weekend, it was nothing close to Sweden's all time records. The average wind record was set in Stekenjokk on January 18th 2017 (172 km/h) and the most powerful single gust of wind was recorded at Tarfala mountain station on December 20th 1992 – a whopping 291 km/h.