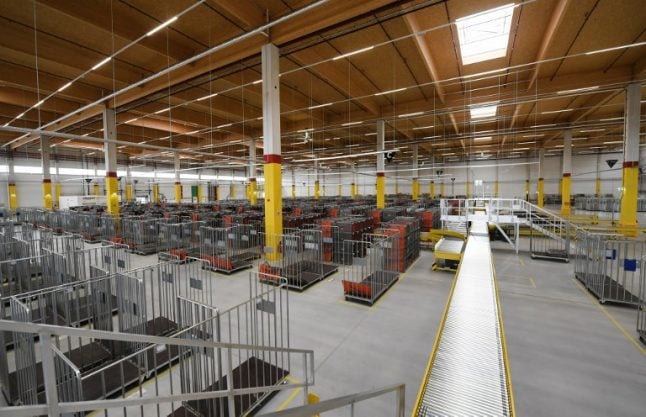 The Austrian Federal Competition Authority (BWB) said in a statement that it was investigating complaints received in December 2018 about Amazon's alleged “unfair trade practices”.

The suspicion was that Amazon “discriminates against other retailers and thereby tries to inordinately favour its own products on the Amazon market place”, BWB said.

According to the complaints, Amazon allegedly terminated sellers' accounts abruptly and for no apparent reason.

It also allegedly forced retailers to disclose their prices and added incorrect delivery details to the sellers' accounts.

The retailers also accused Amazon of deleting them from product rankings and introducing jurisdiction clauses making it difficult for them to take legal action.

“The digital world is not a legal vacuum. Companies operating on a global scale must adhere to applicable Austrian laws and regulations,” said BWB chief Theodor Thanner.

BWB decided to launch the investigation after consulting the European Commission and Germany's federal cartel office, which had started a similar probe against Amazon last November, he said.

Internet giants such as Amazon, Google, Apple and Facebook are coming under increasing scrutiny worldwide for their business practices, the way they collect and store user data, as well as their efforts to avoid taxes.

Other countries, such as Japan and France, but also the EU Commission have all launched probes against such companies recently.

In June 2017, the EU Commission slapped a 2.4-billion-euro fine on Google for abusing its dominant position.

The BWB said on Thursday that its investigation could eventually lead to warnings, sanctions or even fines being imposed on Amazon, if the cartel court finds it breached EU and Austrian law.

“The results of the examination must be awaited before taking next steps,” said BWB chief Thanner.

Federal Cartel Office head Andreas Mundt said his office is examining whether Amazon has “an almost unchallengeable position of economic power” and whether it “operates across various markets”.

If so, it would be deemed of “paramount significance”, said Mundt, adding that the regulator could “take early action against and prohibit possible anti-competitive practices by Amazon”.

“This could apply to Amazon with its online marketplaces and many other, above all digital offers,” he added.

Under the amendment to Germany’s competition law passed in January, the watchdog said it now has more power to “intervene earlier and more effectively” against big tech companies, rather than simply punishing them for abuses of their dominant market position.

READ ALSO: ‘I want to know origin of my grapes’: Amazon loses fruit and veg ruling in German court

The German reform coincided with new EU draft legislation unveiled in December aimed at curbing the power of the internet behemoths that could shake up the way Silicon Valley can operate in the 27-nation bloc.

The push to tighten legislation comes as big tech companies are facing increasing scrutiny around the globe, including in the United States, where Google and Facebook are facing antitrust suits.

The Amazon probe is only the second time that Germany’s Federal Cartel Office has made use of its new powers, after first employing them to widen the scope of an investigation into Facebook over its integration of virtual reality headsets.

One involves the company’s use of algorithms to influence the pricing of third-party sellers on Amazon Marketplace, while another is probing the extent to which Amazon and major producers such as Apple exclude third parties from
selling brand products.