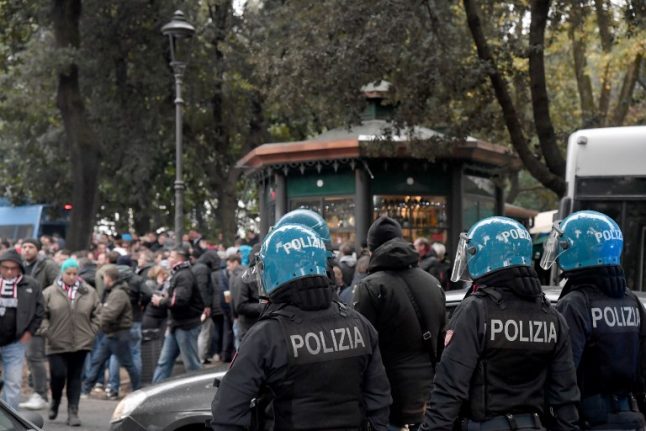 Police on the streets of Rome before another Lazio match. Photo: Tiziana Fabi/AFP

At least five people were stabbed in a mass brawl between Lazio and Sevilla fans, with one suffering serious injuries, Italian media reported.

Four Spanish fans and an American were hurt in the fight, which broke out ahead of Thursday's UEFA Europa League match, Ansa reported.

“Everything was quiet, when suddenly we heard shouting and the sound of broken glass. We rushed to the window and saw guys with hoods armed with clubs and batons that were attacking other guys,” one local bar owner told La Repubblica.

Some 40 people were involved in the clashes in Monti, near the Colosseum in the historic centre, which was broken up by police in riot gear, it said.

The Gazzetta dello Sport said that one of the Spanish fans was critical, while the other Spaniard and the American were said to be less seriously wounded.

Another daily, Corriere della Sera, said one of the injured fans dragged himself bleeding along the street to call for help from passersby. 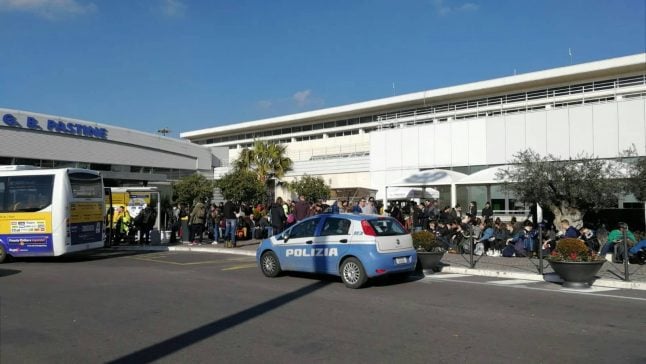 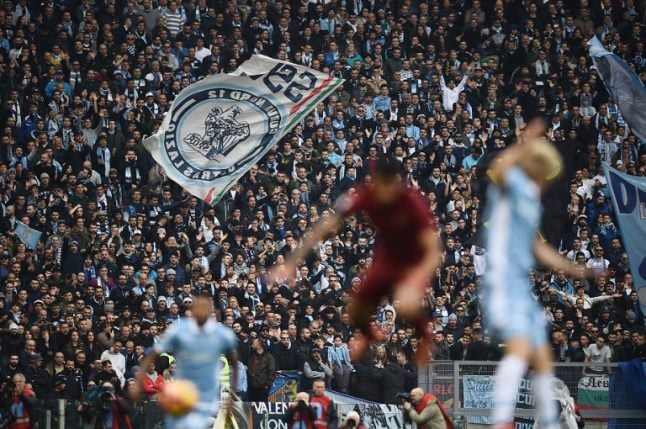