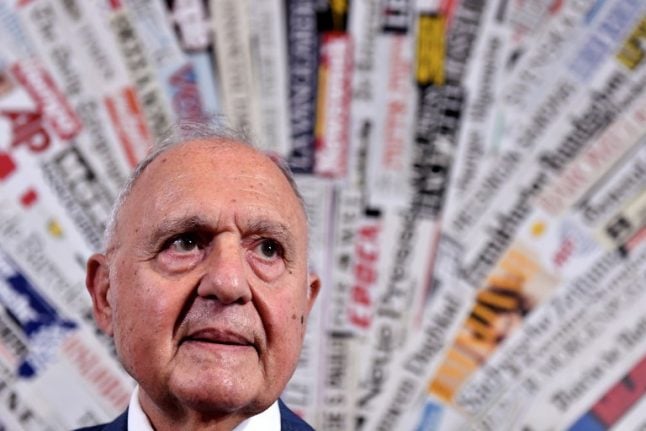 Veteran economist Savona, 82, was in the spotlight during the populist government's formation after President Sergio Mattarella vetoed his nomination as economy minister in May.

Savona was instead nominated as European affairs minister, a job Prime Minister Giuseppe Conte will take over in the interim, according to a government cabinet decision taken Tuesday, quoted by Italian media. The cabinet put forward Savona to replace Consob chief Mario Nava, who resigned in September under pressure from the parliamentary groups of the ruling anti-establishment Five Star Movement and hard-right League. The coalition parties said Nava's immunity from prosecution in Italy thanks to his previous job supervising financial markets for the European Commission was incompatible with his work at Consob.

Simona Malpezzi, deputy head of the centre-left opposition Democratic Party grouping in the Senate, said that Savona “cannot become head of Consob”, notably because he worked for an investment fund under its responsibility until May 2018. Italian law says that the head of a regulatory body cannot have worked for a company regulated by that body within the last two years.

Savona's nomination must now be approved by finance commissions in the upper and lower houses, the Court of Audit and President Mattarella.