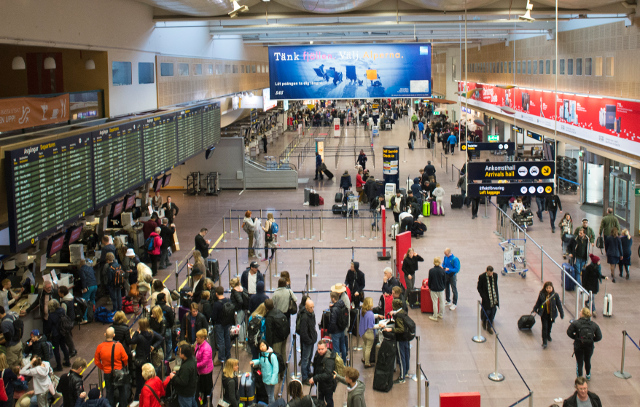 Police were called to the train shortly after 5pm.

The initial report stated that they had received a call “about a row on board the commuter train at Arlanda. It soon emerged that two people had been found with knife injuries on the train”.

Details were scarce shortly after the incident and the extent of the men's injuries was not immediately known.

A third man was immediately seized and held on suspicion of attempted murder or manslaughter.

The train in question was taken out of traffic to be examined by police forensic officers, but otherwise trains were running as normal (there were however other delays due to the snowy weather in Stockholm).

The Uppsala-Stockholm train is used both by people travelling to and from work in northern Stockholm, but also by tourists and business travellers flying via Arlanda, Sweden's largest airport. The train station is buried underground and can be reached from the airport via its restaurant and shopping hub Sky City.

A witness told the Aftonbladet tabloid that the suspect had been seized by security guards before police arrived. “[He] was handcuffed and dragged out through Sky City by security guards. He resisted a lot and called the police officers various inappropriate names,” said the witness, who was not named.

Do you have more information? Email [email protected].