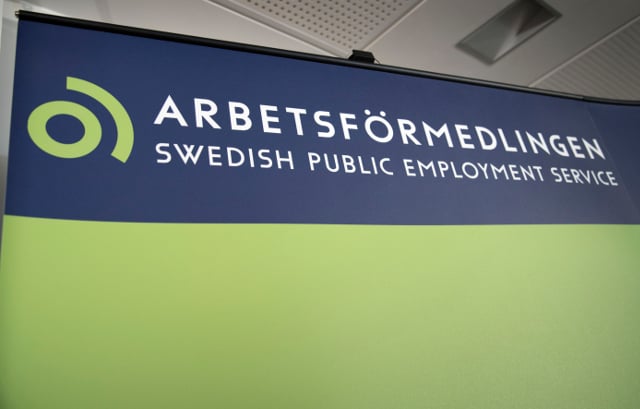 The job agency said they had to let people go due to budget cuts. Photo: Marko Säävälä/TT
In a press release announcing the job cuts, the employment agency’s director Mikael Sjöberg called it “a heavy decision”.
“We will make every effort to ensure that those who are dismissed receive the support they need,” he said.
Sjöberg had foreshadowed the job cuts in an interview with Dagens Nyheter in December, citing the effects of the right-wing opposition budget passed by parliament that month.
The budget, backed by the Moderates and Christian Democrats, called for cutting the agency’s funding by as much as 386 million in 2019 and 800 million kronor in 2020.
Sjöberg said at the time the parties had “not realized the consequences” of their budget.
“It will be a very turbulent period with major disruptions in operation,” he said.
Arbetsförmedlingen said the cuts would affect “operations throughout the country”. Negotiations with trade unions on exactly how many employment agency positions will be cut, and in which locations, will begin immediately, the agency said.
Wednesday’s announced eliminations were greater than anticipated, as it had been rumoured that only around 2,400 employees might be let go as a result of the budget cuts.
According to the Arbetsförmedlingen press release, the agency’s administration budget, which includes personnel costs, will be slashed by 800 million kronor compared to its 2018 funding. Additionally, the agency’s budget for job seeker assistance programmes will be cut by 4.5 billion kronor.
The Swedish Public Employment Service currently has roughly 13,500 employees and 430 consultants working in 242 employment offices, so the job cuts would result in the elimination of roughly one-third of its staff.