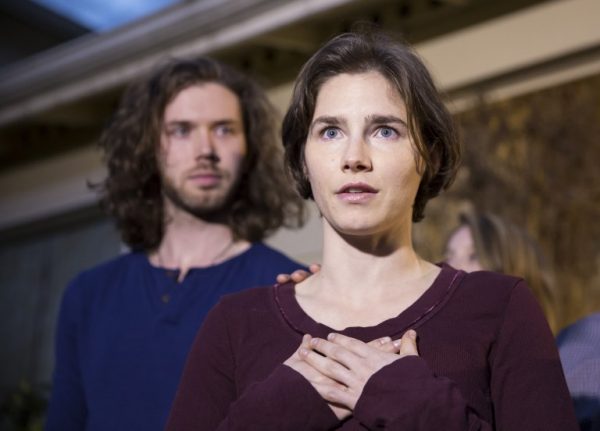 Amanda Knox back at home in the US. Photo: Stephen Brashear/Getty Images/AFP

The European Court of Human Rights in Strasbourg, France, said Italian authorities failed to provide a lawyer for Knox in the initial days of an eight-year legal drama which made global headlines.

She served four years in prison over the November 2007 killing of her roommate, British exchange student Meredith Kercher.

Knox and her boyfriend at the time, Raffaele Sollecito, were convicted of the murder despite their denials of any involvement. Knox's sentence was stiffened to 28 years in prison when the conviction was upheld in 2014, though both she and Sollecito were acquitted by Italy's top court the following year.

That court later denounced “major flaws” in the police's handling of the investigation, as well as the absence of a “body of evidence” allowing for a safe conviction or any admissible DNA evidence linking the pair to the murder.

READ ALSO: 'Meredith Kercher should not be forgotten' In the meantime Knox filed a claim with the European court of unfair treatment at the hands of the Italian police, in particular during overnight questioning on November 6th, 2007.

She claimed she was slapped on the head twice during the interrogation, and forced to speak despite being exhausted and unable to show “discernment or willpower”.

Knox also said she was not assisted by an independent and professional interpreter, but only a police employee who acted instead as a “mediator” who encouraged her to “imagine hypothetical scenarios”.

Kercher's half-naked body was found on November 2nd, 2007, in a back room of the apartment she and Knox shared in the central city of Perugia. The 21-year-old had been stabbed 47 times and had her throat slashed. Police also found signs of sexual assault.

During the initial questioning, Knox eventually accused her former manager at a pub of murdering Kercher — a statement she signed but then withdrew. The manager was eventually released without charge, prompting prosecutors to accuse Knox of making a “malicious accusation”.

The rights court judges ruled that Italian authorities had improperly denied access to a lawyer and failed to assess the conduct of the police interpreter, which had “compromised the fairness of the proceedings as a whole”.

“I was in shock, and I volunteered to help the Perugian police in any way I could,” Knox said in a statement after Thursday's ruling, citing 53 hours of questioning over five days “without a lawyer, in a language I understood maybe
as well as a 10-year-old”.

“When I told the police I had no idea who had killed Meredith, I was slapped in the back of the head and told to 'Remember!',” she said.

But while faulting Italian authorities for not investigating Knox's claims of mistreatment and violence, the court found no evidence of “inhuman or degrading treatment”.

Knox nonetheless thanked the court for “acknowledging the reality of false confessions”.

She had sought €500,000 in damages and an additional €2.2 million for legal and travel costs incurred by her and her parents, who travelled from their home in Seattle, Washington, to be at her side during the years of legal proceedings. But the court ordered Italy to pay only €18,400 in damages and legal costs.

While Knox and Sollecito were in jail, Italian police arrested an Ivory Coast-born drifter and small-time drug dealer named Rudy Guede over the murder.

The judge in Guede's fast-track trial in 2008 ruled that he could not have acted alone, a decision which prosectors seized on to pursue the charges against Knox.

Guede has insisted he is innocent, saying he had consensual sex with Kercher before going to the bathroom, where he listened to loud music on his headphones, and when he came back out she had been attacked. But an Italian court last year denied a review of his conviction, upholding his 16-year sentence.

Since her release Knox has returned to Seattle, where she works as a journalist. She has also written a memoir of her ordeal, 'Waiting To Be Heard'. 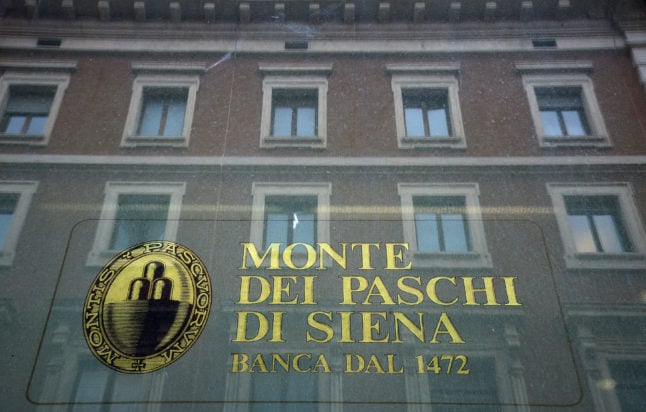 “Justice has been served. I’ve always believed in my clients’ innocence,” Giuseppe Iannaccone, lawyer for the Deutsche defendants, told AFP.
The Milan court overturned the 2019 convictions for allegedly helping Monte dei Paschi, the oldest bank in the world, hide hundreds of millions of euros in losses between 2008 and 2012, finding no crime had been committed.
The scandal, concerning false accounting, share manipulation, and obstructing regulators from Consob, Italy’s stock exchange watchdog, rocked BMPS, which has long been deemed a weak link in Italy’s banking system.
READ ALSO: Guardia di Finanza to Carabinieri – who does what in the Italian police force?
Prosecutors claimed derivatives trades called Santorini and Alexandria were used, in collusion with Germany’s Deutsche Bank and Japan’s Nomura, to hide losses equivalent to two billion euros ($2.2 billion).
The bankers, including former BMPS chairman Giuseppe Mussari and ex-chief executive Antonio Vigni, six former employees of Deutsche Bank and two of Nomura, were sentenced to up to seven years jail in the original trial.
The Milan court on Friday also ordered the release of about 150 million euros in seized assets from Deutsche Bank and Nomura, according to Italy’s Sole 24 Ore financial daily.
Deutsche Bank said it welcomed the verdict, while Nomura told AFP it was “pleased”.
Founded in Siena in 1472, BMPS has been in deep trouble since the eurozone debt crisis and is now majority-owned by the Italian state following a 2017 bailout.
Earlier Friday it reported a first quarter profit of 9.7 million euros, down 92 percent from the same period in 2021.
SHOW COMMENTS