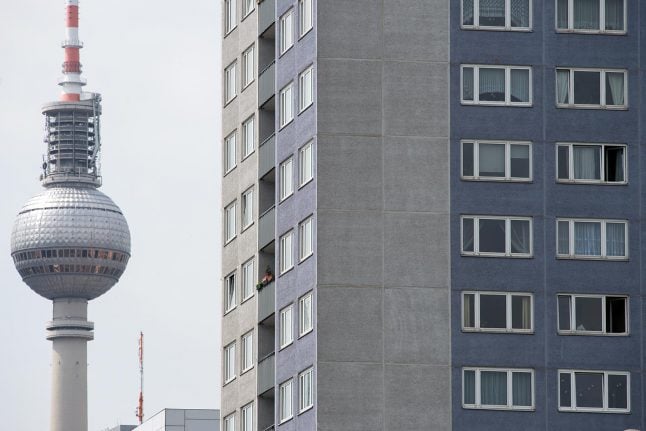 Amid frustration surrounding Berlin’s rent increases, a controversial idea has emerged. But would the state seriously consider forced socialization of properties owned by large companies?

Once the capital of affordable rents, prices have increased in Berlin to a point where in some areas even high earners cannot afford to keep pace. Week after week new stories emerge about rising competition for affordable apartments, with open viewings frequently attracting more than 100 hopeful tenants.

From strengthening rent controls (Mietpreisbremse), encouraging the building of new apartments or restricting foreign investment, government and tenancy advocacy groups have developed a range of policy approaches to halt the increases. The latest idea, is a referendum on ‘expropriating’ – i.e. a forced buyback by the government – flats owned by large companies.

Supporters of the referendum want to socialize apartments owned by companies with 3,000 or more flats. While the idea was originally floated by activists, it has since gained mainstream support. As reported by the German Press Agency (dpa), there are indications the Berlin Senate may support the petition.

Rouzbeh Taheri, one of the prominent supporters of the referendum, has said that the proposal is an indication that Berlin is not a playground for investors.

“We want to put up a stop sign for speculative investors. It cannot be that large investors gain more and more influence [over housing in Berlin] while continuing to increase the rents,” Taheri said.

“A radical reality requires a radical solution,” Taheri said. He plans to start the petition process in April.

Deutsche Wohnen, which owns over 115,000 apartments in the city, is one of the activists’ more prominent targets. With the threat of a referendum looming, the company has agreed to talk with government representatives on the issue.

The idea is understandably controversial, not least due to its ties to the policies of the East German government and the Nazis. Government ‘expropriation’ laws had previously been used to socialize privately owned assets for political purposes.

Business and investor interests have unsurprisingly criticized the idea, saying that it could potentially cripple Berlin’s economic resurgence.

Jan Eder, managing director of the Berlin Chamber of Commerce, said the idea was a “fatal signal”.

“It is disturbing that populist demands that have long since been refuted by reality have celebrated a comeback in Berlin – of all places – considering the political past (of such ideas),” Eder said.

The combined value of Berlin’s real estate market reached a record €18.1 billion in 2017, according to dpa.

But is it legal?

There is even debate around whether such a measure would be legal. Germany’s Basic Law allows for the expropriation of land for new roads, railways and mining, however the law surrounding expropriations of investor-owned apartments is less certain.

Berlin is estimated to be 300,000 homes short of what it needs to cater for its rapidly growing population.

As reported by The Local in August, Berlin mayor Michael Müller floated the idea of banning foreign apartment ownership in Berlin.

The topic of rent increases has been a controversial issue in Berlin for over a decade, with previously low rents skyrocketing to amounts which are frequently unaffordable – even for full-time workers.

A recent study suggested that rising rents were exacerbating the gap between rich and poor across the country.