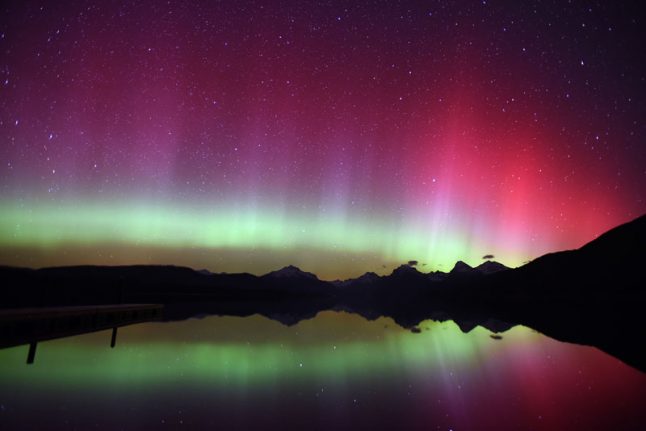 The Swiss tourists were in the Kiruna region to see the Northern Lights. Archive photo: Brenda Ahearn/AP/TT
The cause of the accident, which occurred in the early hours of Saturday near the town of Kiruna, was not yet known, Swedish police said.
Switzerland's foreign ministry confirmed in a statement that the six dead were Swiss nationals, and that a seventh Swiss person in the minibus was injured.

All of them were born in the 1990s, Swedish police said.
Swiss news site 20 Minuten reported that the passengers in the minibus were a group of men between the ages of 20 and 30. Most of them were from Switzerland's Bernese Oberland region.
The men are thought to have been on their way home from a holiday lasting a number of weeks during which they had wanted to see the Northern Lights, according to the Swiss site.
“The families have been informed but official identification of the bodies has not yet been completed,” Swedish police said, according to 20 Minuten.
According to Swedish media reports, the minibus crossed over into oncoming traffic in a curve and collided head-on with a heavy truck carrying a load of iron ore.
The truck driver was not injured.
The Kiruna region in the Arctic Circle, which lies some 1,200 kilometres north of Stockholm, is popular with tourists seeking out pristine wilderness, the Northern Lights, and a nearby ice hotel.