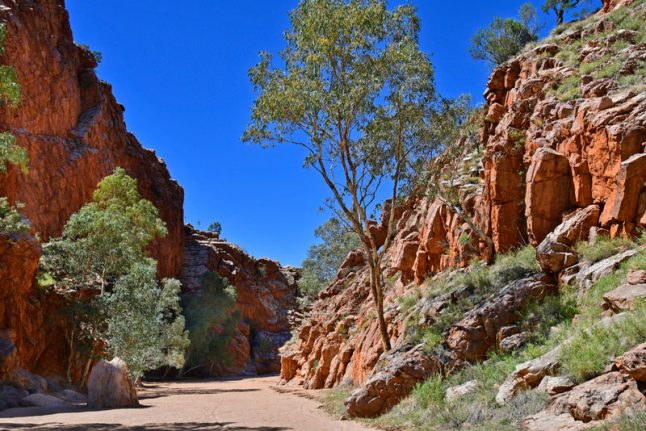 Monika Billen is believed to have disappeared near the Emily Gap. Photo: Depositphotos
Monika Billen, 62, was reported missing last week after leaving her resort in Alice Springs, a remote town near the geographical centre of Australia.
She is believed to have hitched and walked her way to the Emily Gap, a site popular with tourists in a remote nature park famed for its rocky ravines and gorges.
Police had launched land and aerial searches for Billen, including the use of drones. They believe a motorist may have seen her looking dehydrated and a disorientated as early as January 2.
“Despite our efforts no further evidence has been found to indicate Monika is still out there,” Northern Territory Police Superintendent Pauline Vicary said in a statement on Saturday. “Neither is there any evidence to indicate foul play. The last physical sighting we have for her is the Emily Gap and surrounding area, which we have thoroughly searched.”
Temperatures have soared above 40C (104F) during the southern hemisphere summer in the central desert region. Police said Billen had only a yellow cashmere scarf to protect against the scorching sun.
Vicary urged any witnesses to come forward and report any sightings or encounters with Billen.
Url copied to clipboard!