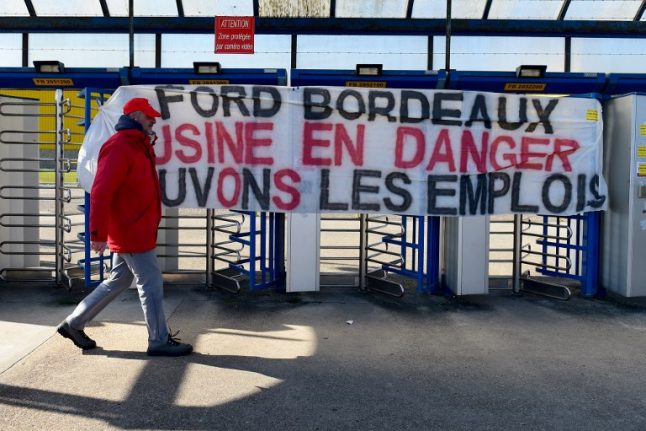 Around 850 jobs are on the line at the Blanquefort plant in southwest France, which has been turning out gear boxes for Ford since 1972.

Ford last week rejected an offer for the plant, where it plans to halt production by August 2019.

That decision infuriated the French government, which has been involved in negotiations to try to find a buyer, leading Le Maire to accuse the firm of “treachery”.

On Wednesday he said he was ready to consider having the state step in to keep the site open.

Asked whether the state could buy the factory from Ford and then sell it to Franco-Belgian equipment manufacturer Punch Powerglide, whose offer was spurned by the US automaker, he told BFM television: “Why not? I'm open to this kind of solution”. “I'm open to the most original solution that guarantees the survival of a successful industrial site, which has a good [potential] buyer and workers that are fully committed,” he said.

The Ford plant has become another battleground between French trade unions and American multinationals seeking to pare back their French operations.

Punch Powerglide offered to take on 400 workers, with unions agreeing in return to a three-year pay freeze and flexible working hours.

But Ford's local subsidiary FAI said that it did not find Punch's business plan convincing and that it would offer workers a redundancy plan instead — a decision labelled “hostile and unacceptable” by President Emmanuel Macron.

Le Maire said he had spoken by telephone Tuesday with the head of Ford's Europe operations, Steven Armstrong, for the second time since the announcement.

He warned that Ford risked “losing a lot in terms of reputation” in the affair.

The standoff is the first major spat between the government and a multinational since Macron, a pro-business centrist, came to power last year.

His Socialist predecessor Francois Hollande became embroiled in a drawn-out row with steel giant ArcelorMittal over the closing of a blast furnace in the eastern Lorraine region. 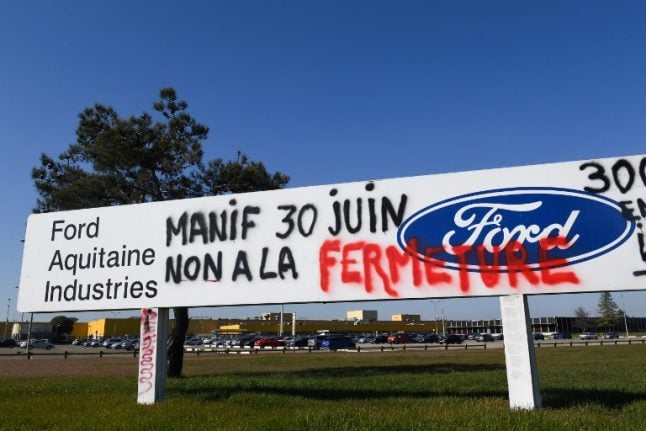 French officials had hailed the improved bid lodged by the Strasbourg-based Punch-Powerglide last week, which could have allowed around half the employees to keep their jobs.

In return unions had agreed to a pay freeze and more flexible working hours. “We will make them (Ford) pay for the laid-off employees, for the clean-up of the site, and for new industrialisation efforts for the region,” Griveaux told France Info radio.

But he said the government would not try to claw back some 15 million euros ($17 million) in state aid received by Ford in recent years, as sought by Philippe Poutou, a trade union official at the site who ran for president against Emmanuel Macron in 2017.

“I understand Mr Poutou's anger… but in a state governed by the rule of law, you cannot demand that this aid be repaid,” he said.

He also ruled out nationalising the site, saying the best way forward was “to find ways to diversify the industrial activities” at the Blanquefort site in southwest France.

Ford, which announced the closure nearly a year ago, had said it did not consider Punch Powerglide's plan convincing, and unions themselves had noted the offer was not accompanied by guarantees of sufficient client orders to sustain the site over the long term.

“We are aware of the consequences this decision to halt production will have on our workers, their families and the local community,” Ford said Monday.

It said it would help laid off workers retrain to find new jobs, without providing details on how much it would spend on severance and other measures.