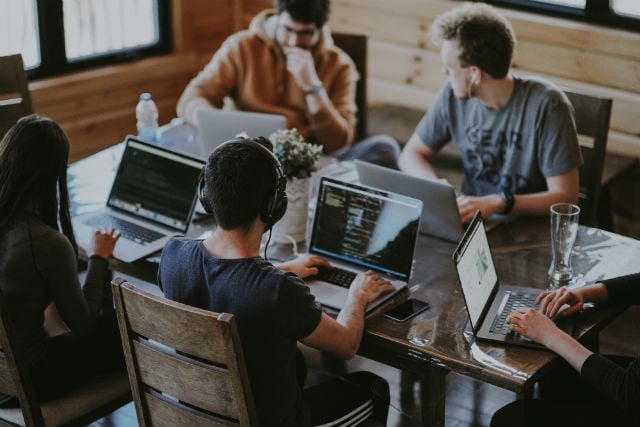 Photo by Annie Spratt on Unsplash

It’s not a stretch to say that the internet has changed the way we work. You can finish a presentation at home or on the beach in Bali. Still, many employers cling to standardised office hours. But as we usher in 2019, this homogenised way of working, conceived by the American labour unions in the early 1800s, is beginning to fall out of favour.

A 2016 survey found that 80 percent of working parents rank work-life balance as their most important factor in a potential job. As the demand for freedom grows, is it time for employers to rethink the traditional 9-5?

“I think the 9-5 employers need to adapt to the new demands if they want to attract the best talent in areas where the skills can be performed remotely,” she told The Local.

Talent attraction is pivotal but employers committed to offering equal opportunities should also consider the implications of a rigid 9-5 workday. Working parents – commonly the mother  – often need to leave the office early to pick up children. This can be seen as a lack of job commitment and consequently a reason working mothers are less likely to be promoted.

Susanne doesn’t think the problem lies with the eight-hour workday but with the standardised form in which the hours are allocated. Not everyone wants to work differently, she says, but those who do need options to choose from.

“We live longer, need to change careers more often and have a more nomadic work-life geographically. This combined with the growing gig economy demands new ways of distributing the work hours”.

For employees with children this adjustment strikes the dream balance. For those without, they have the opportunity to enjoy more freedom and better work-life balance. Flexible working has also been found to make employees more productive, a boon for all employers.

Tatjana Choudhary, project manager at The Swedish Agency for Economic Growth, explains that flexible working is particularly attractive for Stockholm’s foreign talent. Additionally, it could provide incentive for more women to apply for leadership positions.

“I know a company that lets an Argentinian employee go back for one or two months of the year and work for his company in Stockholm in the evening,” she says. “If companies give that flexibility to employees and leaders then I think there wouldn’t be that issue of women not wanting to take leadership roles because they can combine family and work.”

If flexible working becomes the norm, all employees can enjoy better work-life balance and share familial commitments more equally. Eventually, society would begin to rethink the outdated stereotype of what a leader is and should be.

“A lot of companies expect managers to work longer hours,” says Tatjana. “Of course, as a leader of a company you need to put in more hours but you need to give them the flexibility to go home, maybe work a few extra hours in the evening or on the weekend. Decide yourself how you do your hours but somehow reach that goal”.

Tatjana suggests that instead we focus on an individual’s qualities and suitability for a management position.

“It’s about how we perceive a leader and that needs to change from the ground up. The classical way society looks at it is that a leader puts in a lot of hours and stays late, but it’s your knowledge and experience that makes you a good leader, not the hours you put in.”

Breaking down these stereotypes starts at home, says Google analyst and author of Feministfällan (The Feminist Trap) Nina Åkestam. Parental leave in Sweden is distributed evenly between both parents but you can still apply for the majority of the days to be transferred to one. And parents do. In 2016, just 27 percent of all parental leave benefits were paid out to men.

“This is where most of the problems with gender equality start in the workplace so I’d like to see an individualised parental insurance rather than a family-based insurance,” says Nina. When men and women share parental leave equally, she anticipates that employers will stop bypassing women for promotions. In turn, this will break the chicken or the egg cycle in which it makes sense for mothers to stay home with the children as they tend to be the lower earner.

“Even couples who don’t have children tend to see their salaries become less equal as they approach 30 to 35,” says Nina. “That’s when the men start to make more money and the women don’t make less but they don’t get as many raises and promotions as men.”

So, what’s to be done? Nina believes that professionalising HR and regularly auditing promotion patterns are good starting points for employers who advocate equal opportunities.

“Employers need to be a lot more aware of promotion patterns by investigating who it is getting promotions. Looking at the salaries for all employees and seeing if there are factors like gender or age, even though they may not be aware of it.”

Nina agrees with Tatjana and Susanne that flexible working is the future. If employers don’t adapt, she predicts that they will be the ones to miss out. Sweden has made it easy for people to set up their own businesses, with 10 percent of the country self-employed. So there's nothing to stop people 'doing their own thing'. Actions speak louder than words, she says, and employers must put measures in place if they want to retain top talent of both genders.

“We tend to spend a lot of time talking about feminism and who is a feminist and not enough time thinking about the actual changes we want to make in society.”

Russia accounts for only one or two percent of ABB’s overall annual turnover and the decision to pull out will have an estimated financial impact in the second quarter of around $57 million, the group calculated.

“ABB has decided to exit the Russian market due to the ongoing war in Ukraine and impact of related international sanctions,” the group said in a statement.

Russia accounts for only one or two percent of ABB’s overall annual sales and the decision to pull out will have an estimated financial impact in the second quarter of around $57 million, the group calculated.

A large number of major western companies have pulled out of Russia since Moscow invaded its pro-Western neighbour on February 24.

“When the war broke out, ABB stopped taking new orders in Russia,” the group said.

At the same time, it said it continued to fulfill “a small number of existing contractual obligations with local customers, in compliance with applicable sanctions.”

Most of ABB’s dedicated Russian workforce has been on leave since March “and the company will do its best to support them as it realigns its operations in a controlled manner,” it said.

ABB has about 750 people in Russia and two production sites in the country located in the Moscow region and Lipetsk, as well as several service centres.

Separately, the group said that its net profit fell by 50 percent to $379 million in the second quarter, largely as a result of one-off charges, but also the cost of withdrawing from Russia.

Sales, on the other hand, grew by six percent to $7.2 billion in the period from April to June, ABB said.