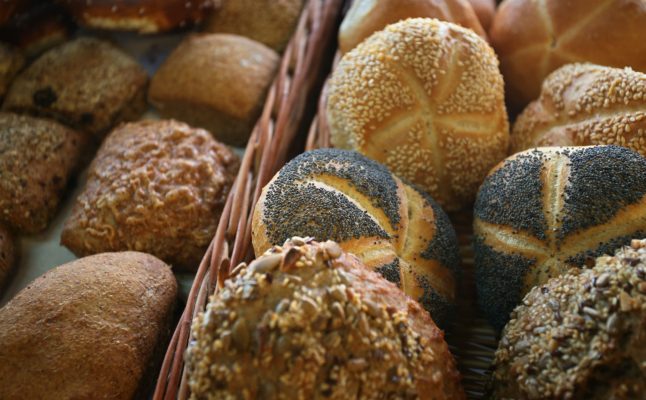 When is the Sunday bread roll simply a tasty treat – and when is it illegal? The Higher Regional Court (OLG) Munich will decide the latter on Thursday at 10 a.m. It will specify when a bakery can sell bread on a Sunday – and if there's a legal loophole if it has cheese on it.

The dispute started when the Central Office for Combating Unfair Competition sued a bakery chain with branches in Munich. A regional court in Munich dismissed the complaint, but the issue is now being examined in more detail.

The accusation? The illegal sale of baked goods. Test buyers, likely hired by a competitor, had bought, among other things,  baguette bread, Roman rolls and wholemeal rolls on a Sunday in February 2016 at 11:12 a.m. and at 3:46 p.m. again.

So what’s the problem here? According to the Federal Shop Closing Act, bakeries are only allowed to sell rolls and pretzels for a maximum of five hours on Sundays in most German states – or three hours in Bavaria. The period in which the bakeries are allowed to open varies from municipality to municipality.

SEE ALSO: Why are shops in Germany closed on Sunday?

Andreas Ottofülling, spokesman for the suing Competition headquarters in Munich, knows that not every baker adheres to the time rule. “But there are always some who cross the traffic lights when it's red. You can't do that either,” he says.

For the Competition headquarters, the case concerns more than a single incident. “We have an issue here that we want to clarify in principle.” Even if the three hours for Bavaria – or the five hours in the majority of the country – sound clear in the respective legal texts, there are loopholes.

Bakeries can avoid the bread-selling ban if they also operate a café, as they then fall under the gastronomy law.

“As soon as I set up a bar table and serve coffee, I fall under it,” says Christopher Kruse, managing director of the state guild association for the Bavarian bakery trade.

But even in this case, the bakeries are only allowed to sell “prepared food” – the law, however, does not define what falls under this category.

“Nobody in their restaurant offers a loaf of bread on a porcelain plate or twelve rolls without anything else,” says Kruse. But the whole thing is not legally defined.

“Is a simple bread roll without filling a prepared dish?” asks Ottofülling. Or must it at least be filled? “This is about fundamental legal issues that need to be clarified,” he says. The Competition headquarters wants this question to go as far as Germany's Federal Supreme Court.

The Bakers' Guild is also hoping for nationwide legal clarity. “This is definitely an issue in the entire German bakery trade,” says Kruse. “It can't be that one person thinks he's interpreting the regulation correctly and sticks to it – and his colleague does it differently and then on Sunday it's a huge deal.

One must always ask the question whether the profession is attractive for young bakers when it is clear that Sunday cannot be a family day, says Kruse. This is easier for large chains to manage – but remains a problem for small family businesses. The three or five hours on Sunday are already a “hard-won compromise”, he says.