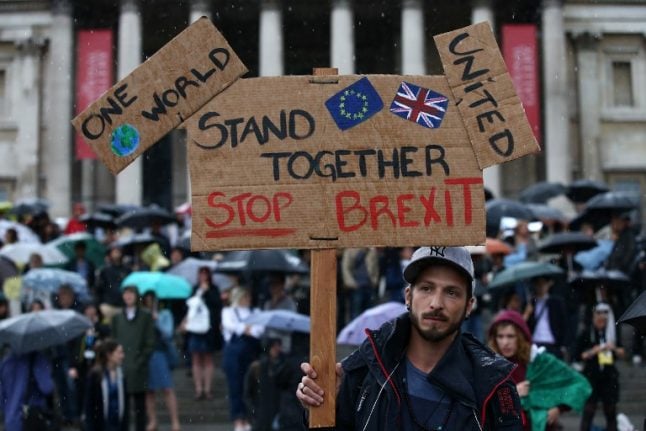 The European Court of Justice (ECJ) has judged that the UK is free, should the government choose to, to “revoke unilaterally” its notification to withdraw from the European Union.

The judicial review was lodged in the EU’s Court of Session, First Division in Scotland by a cross-section of lawyers, MPs and MEPs from the UK Parliament, the Scottish Parliament and the European Parliament.

The judicial review was led by the Good Law Project, whose director Jolyon Maugham QC released a statement calling the ECJ’s decision “arguably the most important case in modern domestic legal history.” The Good Law Project was not supported by Labour or the Conservatives: “The tiny Good Law Project and six brave Scottish Parliamentarians have taken on the Government, the other 27 Member States and the Commission – and won,” added the statement.

The review was lodged in 2017 “to determine whether the notification referred to in Article 50 can be revoked unilaterally before the expiry of the two-year period, with the effect that such revocation would result in the United Kingdom remaining in the EU,” clarifies a press statement by the ECJ on Monday December 10th.

#ECJ: UK is free to unilaterally revoke the notification of its intention to withdraw from the EU – Case C-621/18 Wightman #Brexit pic.twitter.com/KUOI2eQ48C

The option to revoke the withdrawal notification “exists for as long as the withdrawal agreement concluded between the EU and that Member State has not entered into force,” or, in the case of no ratified agreement, before the expiry of the two-year notification period from the date Article 50 was activated.

The UK notified the EU of its desire to exit the bloc by activating Article 50 on March 29th 2017 and would therefore be free, should the draft exit agreement not be ratified by the UK Parliament and the European Parliament, to revoke its notification to leave before March 29th 2019.

British Prime Minister Theresa May is still keen to go ahead with the UK’s departure as her embattled government faces a decisive vote in the UK Parliament tomorrow that could well decide the direction the Brexit process could take. UK and EU negotiators have agreed on a draft Brexit agreement that would settle certain issues related to the future relationship, including on trade, the reciprocal rights of citizens and certain issues of regulation.

READ ALSO: 'It's better than no deal': Do Brits in Europe hope Theresa May wins Brexit vote

Many observers, however, believe PM May will face a humiliating defeat in Parliament on Tuesday, December 11th, when MPs vote on that deal. This could force May to either seek a renegotiation with the EU or to request an extension to the Article 50 period beyond March next year. Worse still for her, the decision could contribute to the possibility of a vote of no-confidence in her leadership or a general election.
Should a UK government decide to revoke Article 50, the UK’s EU membership would be confirmed and its status as a Member State would remain unchanged. The withdrawal process, in such a scenario, would be brought to an end, the ECJ further clarified.

The UK’s Parliament is notoriously divided on the issue of Brexit and the news that the whole process could be cancelled with a few strokes of a pen will no doubt encourage those seeking a People’s Vote, a second referendum on the UK's exit from the European Union.

READ ALSO: 'Brexit won't happen': Why not all Brits in France are panicking about the future

MPs in favour of the UK remaining in the EU welcomed the ECJ’s clarification. “A simple way out of the Brexit chaos is available,” tweeted Richard Corbett, leader of the Labour MEPs. “This is hugely important. We can now stop Brexit quickly, with no loss of existing rights & benefits,” commented Labour Peer Andrew Adonis.

This is hugely important. We can now stop Brexit quickly, with no loss of existing rights & benefits. We just need the people’s vote https://t.co/q0X7XxKqXP

The First Minister of Scotland Nicola Sturgeon suggested an extension of Article 50 to allow time for another referendum, followed by a revocation, are options “now available to the House of Commons.”