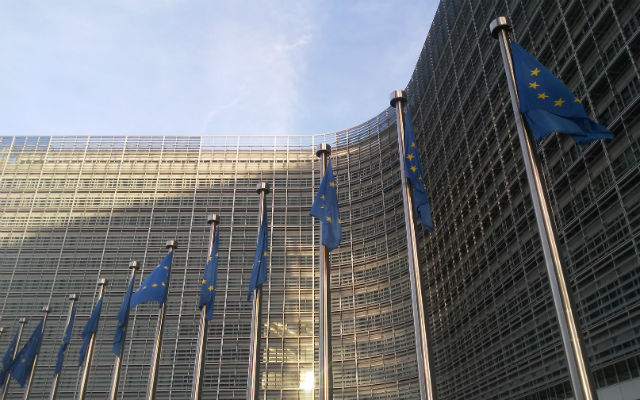 “Europe will not be made all at once, or according to a single plan. It will be built through concrete achievements which first create a de facto solidarity.” Those were the words uttered by the former French prime minister and one of the founding fathers of the European Union, Robert Schuman in 1950.

Today, nearly 70 years later, a brief walk around the Schuman roundabout, where the European Commission and the European Council are based in Brussels, both confirms and refutes Schuman’s vision.

Most of the EU’s 20 plus languages can be heard on the sidewalks as delegates and staff from across the continent chitter chatter between meetings. The EU’s flag flies everywhere, a permanent feature of the Belgian capital’s skyline.

The city’s newsagents stock dailies from a dozen countries and the euro coins appear freshly minted, shinier than elsewhere. Just beyond the Schumann roundabout, where journalists, lobby groups and visiting delegations congregate in the many cafes staffed by multilingual baristas, a giant banner advertises that ‘The Future is Europe’. The cafes themselves serve up delicacies from across the continent and the sandwiches have names like Julia, John, Augusta, Joshua, Aleandro and Adelin.

A billboard near the European Commission HQ. Photo: Alex Macbeth.

In the EU Commission’s press room, journalists from across Europe await the arrival of the Commission Vice President Valdis Dombrovskis for a briefing on strengthening the euro and a further one on fighting disinformation.

The press briefings are available in all 23 of the EU’s official languages, with translators perched in cubicles above the seats in the auditorium providing simultaneous translation. Flipping through the 23 audio channels available feels like taking a walk through the EU’s own Tower of Babel.

From World War II to this in less than a century feels like some achievement – one that Brits look set to distance themselves from, to the displeasure of some and the joy of others.

Yet look beyond the EU Council’s new shiny egg-shaped interior and the multiple info boards advertising ‘the European capital’ along Rue de la Loi and the fragility of this political harmonization project becomes apparent.

An info board ominously pledges that knowledge of how the EU quarter came about “may help reconcile Brussels with Europe and bring them closer together.” Another explains the presence of the neatly trimmed hedges and decorative ponds nearby – the area was a 15th century hunting ground for local nobility (although before that it was a site of a German siege). A further informative board signals that Brussels' residents themselves at first rejected the idea of the creation of an “administrative ghetto.”

Some of the difficulties between Brussels and the hosted EU community are visible outside the Commission building.

Armed soldiers stand guard beside the EU Commission, a reminder that Brussels was practically living under martial law until recently. Recent Islamist terrorist attacks in Brussels, and at the Bataclan theatre in Paris, were masterminded by young men who grew up in the now notorious Molenbeek district of Brussels, just a few metro stops away from the immaculately-presented EU infrastructure.

A military van outside the EU Commission. Photo: Alex Macbeth.

The northwestern Molenbeek district is in itself a melting pot and testament to the Belgian capital’s diversity. Yet the fact that more than a dozen young men who grew up there have wanted to kill Europeans in the name of Islamic extremism is perhaps symptomatic of the failure of Europe’s elites to conquer the hearts and minds of those nearest to them, let alone young people across the continent. A view of the Brussels canal which divides the municipality of Brussels-City from Molenbeek. Photo: Emmanuel Dunand/AFP.

I shared a Ryanair flight from Bologna to Brussels with a group of 25 Italian upper sixth formers, as well as former Italian Prime Minister Matteo Renzi. As the students scolded and teased Renzi throughout the flight, I asked one of the sixth formers sat next to me why they were flying to Brussels.

“To see the European Parliament,” he replied. Was he enthusiastic? “The trip's paid for by a local MEP,” he answered. The disconnect was more than evident, despite the best efforts to reconcile the rural Italian school and Europe's capital.

Details in and around the Schuman roundabout may only be symbolic but in many ways they tell their own story too. The European Council’s new HQ, beside the old one, hosts an egg-shaped interior where meetings are held. The egg-shaped building within a building has no windows onto the exterior, reinforcing a vision prevalent in many parts of the EU that Brussels is an inward-looking den of elitist politicians. The Casa del Habano, a cuban cigar store opposite the EU Commission, feels like an old-school gentlemen’s club and does little to dispel the notion that the Commission is run by detached elites.

Brussels does everything it can to paint itself as a city open to the world. In many ways it is. The city is inherently bilingual and multicultural.The free internet invites an open environment, although the further one drifts from the Commission, the weaker the connection. The same is perhaps true of the link between the Commission, the Council and those Europeans disenchanted by the political and economic project.