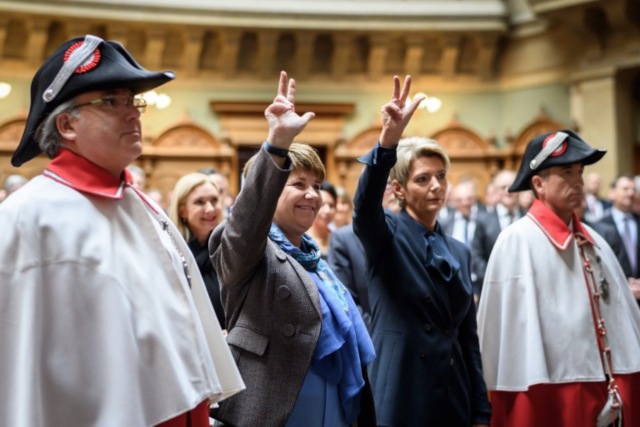 In the end there were no major surprises except for the lightening speed in which it all happened.

After weeks of intrigue surrounding who would claim the two empty seats in the Swiss Federal Council, the country’s government executive, it was the two favourites – Viola Amherd of the centre-right Christian Democrats (CVP) and Karin Keller-Sutter of the centre-right Liberals (FDP) – who were elected by the Swiss parliament on Wednesday morning.

?? Election of the #Swissgovernment 2019: the Federal Council meets in its new constellation in the «Salon du Président» in the Federal Palace in Bern (BK) #swisspolitics #switzerland #brw18 #Bundesratswahl18 pic.twitter.com/gE5FIZRYld

Amherd will now replace outgoing Environment Minister Doris Leuthard (also of the CVP) in the seven-member executive while Keller-Sutter will take the seat of fellow FDP politician Economy Minister Johann Schneider-Ammann, who is resigning at the end of this year.

The victories for the two women could hardly have been more convincing – and they came in record time too, with both elections for the empty seats over within an hour.

While the system of voting for seats on the Federal Council allows for multiple rounds of ballot casting by parliamentarians until a candidate obtains an absolute majority of votes in the parliament, this was unnecessary on Wednesday.

Viola Amherd (L) of the CVP and Karin Keller-Sutter (FDP) after being elected to the Swiss Federal Council. Photo: AFP

Both Amherd and Keller-Sutter were victorious in the very first round of voting.

Keller-Sutter, a senator from the eastern Swiss canton of St Gallen, had been tipped as the hot favourite before Wednesday morning’s vote and there were no last-minute shocks. She claimed her seat on the Federal Council by winning 154 votes of a total 244. That was against 56 for Hans Wicki, her ill-fated FDP competitor who never stood a chance.

The result for Amherd, a veteran MP from the German-speaking part of the mainly French-speaking canton of Valais was nearly as clear.

Needing 121 votes to claim an absolute majority in the run-off against her CVP colleague – the outsider candidate Heidi Z’gragggen – Amherd took 148 votes.

Z’graggen, a member of the cantonal government of Uri, managed to pick up 60 votes. This was not enough in a campaign where she had always been on the back foot because of her lack of connections in the Swiss parliament in Bern.

With the elections of Amherd and Keller-Sutter, the parliament opted for two safe candidates: both are well-known quantities with plenty of political experience.

Amherd has been an MP for the CVP since 2005 and is currently party vice president. Keller-Sutter was elected to the Swiss upper house, the Council of States, in 2011 and previously served as justice director in the cantonal government of St Gallen. In that position, she developed a national reputation for her tough stances on crime and immigration.

While both new federal councillors are members of centre-right parties, Amherd sits more to the left on the political spectrum and is a member of the left faction of the CVP.

Keller-Sutter has repositioned herself since her days as a hard-line justice minister in St Gallen, demonstrating she is adept at the type of compromise-style politics that are the order of the day in the Swiss capital. However, she represents an FDP which has moved to the right in recent years as it tries to compete with the right-wing Swiss People’s Party (SVP) – the country’s most-voted.

How the two politicians will affect the delicate dynamics of the seven-member Federal Council as it contends with thorny issues including a yet-to-materialise framework agreement with the European Union is not yet known.

But one fact is clear. Switzerland is now moving to a situation where having at least three women in the government is the new normal.

With the imminent arrival of Amherd and Keller-Sutter, the country’s government will include three women, the other being current Justice Minister Simonetta Sommaruga. 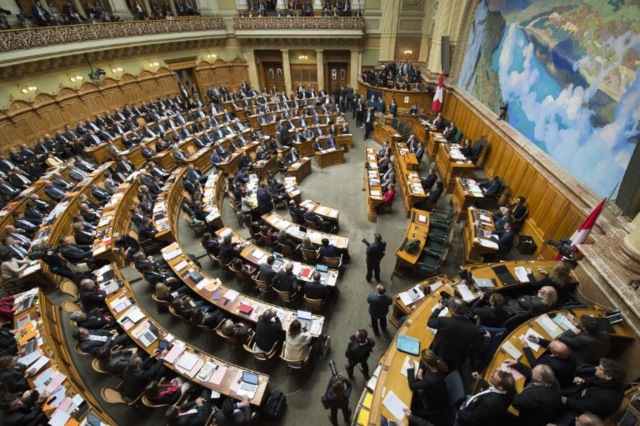 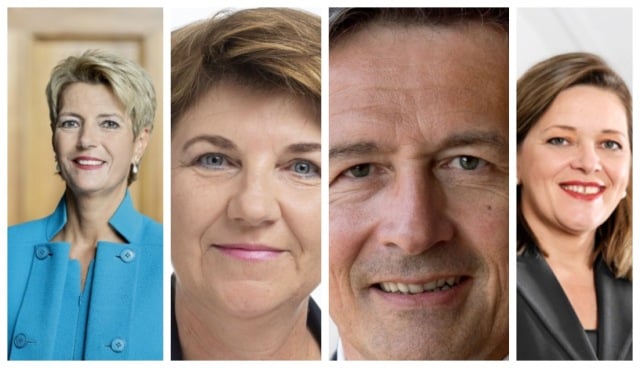 Swiss federal council elections: a who’s who of the candidates
Url copied to clipboard!