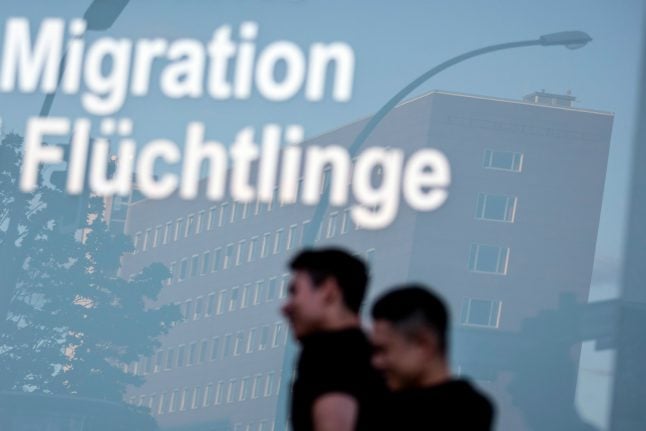 A total of 2,062 people were interviewed between Friday and Monday on the topic in a survey conducted by the Insa opinion research institute on behalf of the conservation association Werte-Union.

They were asked their feelings on the following statement: “I fear that the signing of the UN migration pact could lead to additional claims for asylum.”

Almost as many respondents as those who had agreed with the statement replied with “don't know” or gave no response.

Alternative for Germany (AfD) voters, as well as Union supporters, were particularly worried, the survey found.

However, a total of 22.7 percent of respondents disagreed with the statement and said they did not see any risk of additional asylum claims.

The Werte-Union is an association made up of thousands of conservative members of the centre right Christian Democrats (CDU), led by Chancellor Angela Merkel, and the Christian Socialists (CSU).

Werte-Union chairman Alexander Mitsch said it was the CDU and CSU's task to take people's concerns seriously and to ensure the government did not enter into any agreements it had no control over.

He said there should be a protocol which means Germany can reject “any future legal obligation and consequence from the pact”.

The CDU will discuss and vote on the agreement at its party conference which begins on December 7th.

It's a topic that's proved hugely controversial in the run up to the conference, when Merkel will step down as leader.

The AfD in particular is mobilizing against the pact, but there are also critical voices in the Union, including health minister Jens Spahn and Friedrich Merz, who are both candidates to take over from Merkel.

However, the outgoing Chancellor has defended the agreement, saying it is the “right response” and that it will “solve global problems internationally and together”.

The United Nation's Global Compact for Safe, Orderly and Regular Migration is the first time the world organization has agreed on a list of global measures to tackle the challenges involved in migration for individual migrants, and at the same time to maximize benefits for the countries taking in immigrants.

The agreement, which is not legally binding, is being formed to deal with the huge number of people from across the world who are leaving their countries to seek refuge elsewhere because of conflict, poverty or other reasons. Germany played a key role in the height of the refugee and migration crisis in 2015, which has resulted in a polarization of opinions across the country.

Among the calls, the pact urges countries to help improve the conditions in migrants' countries of origin to help bring down the number of people who want to move, as well as helping migrants assimilate better in their new country.

The pact is to be adopted by the international community at a meeting in Morocco on 10th and 11th December – directly after the CDU party conference.

Among others, the USA, Hungary, Austria, the Czech Republic, Switzerland, Australia and Slovakia do not want to back the deal.

The Scandinavian country’s plans, first announced by the previous Social Democratic government, called for people seeking asylum in Denmark to be transferred to reception centres outside the European Union while their requests were processed.

A law adopted in June 2021 did not specify which country would host the centre, but said asylum seekers should stay there even after they were granted refugee status.

Discussions were launched with Rwanda and other countries, but they have now been suspended since the installation of a new Danish left-right government in December headed by the Social Democrats.

“We are not holding any negotiations at the moment about the establishment of a Danish reception centre in Rwanda”, Migration and Integration Minister Kaare Dybvad told daily Altinget.

“This is a new government. We still have the same ambition, but we have a different process”, he added. “The new government’s programme calls for the establishment of a reception centre outside Europe “in cooperation with the EU or a number of other countries”.

The change is an about-face for the Social Democrats, which had until now rejected any European collaboration, judging it slow and thorny.

“While the wider approach also makes sense to us, [Denmark’s change of heart] is precisely because there has been movement on the issue among many European countries”, Dybvad said. “There are many now pushing for a stricter asylum policy in Europe”, he said.

Inger Støjberg, leader of the Denmark Democrats said on Facebook that she was “honestly disgusted” by the government’s decision to delay plans for a reception centre in Rwanda, pointing out that Kaare Dybvad had said during the election campaign that a deal would be done with Rwanda within a year.

“Call us old-fashioned, but we say the same thing both before and after an election. We stand firm on a strict immigration policy. The Social Democrats, Liberals and Moderates clearly do not,” she said.

Lars Boje Mathiesen from the New Right Party accused the government of perpetrating a “deadly fraud” on the Danish people.

“It is said in Christiansborg that it is paused. But we all know what that means,” he wrote on Facebook, accusing Danish prime minister Mette Frederiksen of “empty words” in the run-up to the election.

In the face of this reaction, Dybvad told the Ritzau newswire that although talks with Rwanda were not happening at present, the government had not given up on a deal with the African nation. He also said that he was confident that asylum reception centres outside of the EU would be a reality within five years.

EU interior ministers are meeting in Stockholm this week to discuss asylum reform. Those talks are expected to focus on how to speed up the process of returning undocumented migrants to their country of origin in cases where their asylum bid fails.

Denmark’s immigration policy has been influenced by the far-right for more than 20 years. Even Prime Minister Mette Frederiksen, the head of the Social Democrats, has pursued a “zero refugee” policy since coming to power in 2019.

Copenhagen has over the years implemented a slew of initiatives to discourage migrants and made Danish citizenship harder to obtain. In 2020, it became the only country in Europe to withdraw residency permits from Syrians from Damascus, judging that the situation there was now safe enough for them to return.