You might not know them all by name but many of their innovations in key sectors like data centers, life sciences and energy dependent industries have changed and shaped the world as we know it.

Take The Local's quiz below to find out which influential Icelander you are.

Which influential Icelander are you?

Björk Guðmundsdóttir is an Icelandic music phenomenon. With a career spanning four decades, she is famous for her unique and eclectic musical style that is influenced by a range of different genres. Born in Reykjavik, no fewer than 31 of Björk's singles have reached the top 40 on pop charts around the world. Her most famous hits include “It's Oh So Quiet”, “Army of Me”, and “Hyperballad”.

A self-professed 'tech nerd', Hjalmar Gislason is the founder of four software

Hjalmar joined Qlik through the acquisition of DataMarket, a company he

founded in 2008. He is an angel investor and advisor to several

Össur Kristinsson is a pioneer of silicone technology. Himself a prosthetist and a prosthetic user, he is the founder of Össur, a company that develops, manufactures and sells non-invasive orthopaedics equipment, including bracing and support products, compression therapy, and prosthetics. His passion for boats led to his invention of the ÖK Hull, a revolutionary hull-and-keel technology predicted to ultimately disrupt marine industries globally.

Vigdís Finnbogadóttir served as the fourth President of Iceland from 1980 to 1996. She was the world's first democratically directly elected female president. With a presidency of exactly sixteen years, she also remains the longest-serving elected female head of state of any country to date.

Jóhanna Sigurðardóttir is a politician and previously served as the first female Prime Minister of Iceland as well as the world's first openly lesbian head of government. Until her retirement from elective office in 2012, Jóhanna was Iceland's longest-serving member of Parliament. In 1994, when she lost a bid to head the Social Democratic Party, she raised her fist and declared “Minn tími mun koma!” (“My time will come!”), a phrase that became a popular Icelandic expression.

Hilmar has been CEO of Icelandic video game developer CCP Games since 2004. Under his management, the critically-acclaimed spacefaring game EVE Online has celebrated ten consecutive years of subscriber growth. In September 2018, Hilmar announced he had agreed to sell CCP to Black Desert Online creator Pearl Abyss of South Korea for $425 million. Hilmar is also active on a number of boards and committees involved with Icelandic information technology and innovation.

How would you describe yourself?

You're helping to plan a party. What's your role?

What do you usually do on a Friday night?

This content was produced by The Local Creative Studio and sponsored by Invest in Iceland. 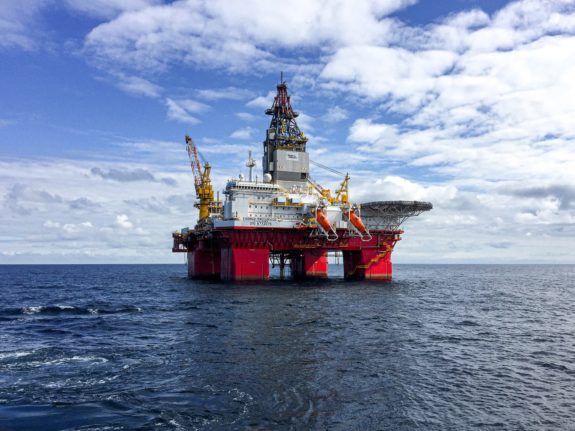 Norway's wealth fund, which has been built up since the 1990s from the state's oil revenues.Photo by Jan-Rune Smenes Reite from Pexels

The massive fund, which has been built up since the 1990s from the state’s oil revenues, was worth a total of 11 trillion Norwegian kroner (1.1 trillion euros) at the end of March.

In the first quarter, it posted a four percent return, driven by its equity investments, which account for 73.1 percent of its portfolio and rose by 6.6 percent.

“The rise of the equity market was to a great extent driven by the finance and energy sector,” Trond Grande, the fund’s second in command, said in a statement.

The fund also made gains on its real estate investments, which account for 2.5 percent of its assets and were up 1.4 percent, while its fixed-income investments (nearly a quarter of the portfolio) suffered a 3.2 percent loss.

At the same time, the government dipped into its piggy bank to the tune of 83 billion kroner to balance its budget.

Recently the fund made its first direct investment in renewable energy infrastructure.

It announced it was purchasing a 50 percent stake in the world’s second-largest offshore wind farm, the Borssele 1 & 2 wind farms located off the coast of the Netherlands in the North Sea.

The 50 percent stake is being acquired from Danish firm Orsted, which will continue to own the remaining 50 percent of the project.