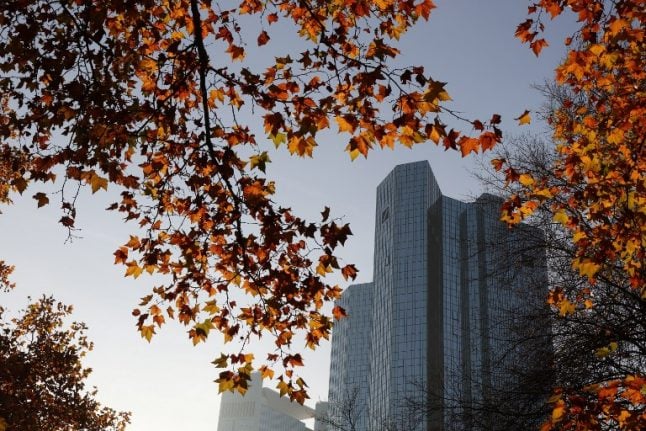 A total of 50 financial institutions are reportedly moving to Frankfurt in light of Brexit. Photo: Yann Schreiber/AFP.

Shortly before the Brexit referendum, the former UK chancellor, George Osborne, warned that “tens of thousands” of financial services jobs could relocate to the EU if Brexit happened.

Brexit is happening, although such a Brexodus to European financial hubs has perhaps been proven to be hyperbole. Nevertheless, insurers, asset managers, traders, wealth managers and large financial institutions have all moved staff or operations away from London to some of Europe’s largest financial centres.

Frankfurt, Paris, Amsterdam, Luxembourg and Dublin have all been rubbing their hands together, as firm after firm has announced a new set up in their cities. Even Milan and Madrid have taken a piece of the cake, albeit far smaller than the aforementioned big five.

“Dublin and Frankfurt remain frontrunners, but Luxembourg and Paris are increasingly popular, while Madrid and Milan have gained traction with investment banks,” states an October update by Ernst & Young’s Financial Services Brexit Tracker. Some 2,500 new jobs in EU financial hubs are linked to Brexit, claims the same source.

Some experts dispute those figures and a brief look at the predictions of each major hub suggest the number could still be closer to 15,000. “Some of the data is hard to quantify. Banks do not like to make public statements about how many people move,” Hubertus Väth, managing director of Frankfurt Main Finance, a members organisation that promotes Frankfurt as a finance hub, told The Local.

Väth argues that Frankfurt has been the biggest Brexit winner so far. At least 25 banks have said they are either moving staff or operations to Frankfurt, according to a study by the Hessisches Landes Bank.

“A total of 50 financial institutions are moving from the UK. More than 50 per cent have acted already,” Väth said, citing figures from the Bundesbank. US bank Stifel became the 26th bank to opt for Frankfurt in light of Brexit.

The Global Finance Centres Index shows Frankfurt is raising its game. The city has now moved into 10th place on that index, when it had oscillated between 12th and 24th position in the last decade.

“In the beginning Frankfurt took a big lead over (other hubs) but since Macron was elected he raised the stakes,” said Väth. “They have some major successes. Frankfurt is ahead overall, however.” A total of 25 new skyscrapers are under construction or in the pipeline in Frankfurt, according to tracker skylineatlas.de.

Recent data suggests, however, that the opposite could be true. Paris Eurospace predicts that 3,500 new jobs linked to finance could be created in the city because of Brexit, reports The Local France.

Väth of Frankfurt Main Finance predicts 5,000 jobs could be created over five years in Frankfurt. Most finance hubs are keen to make such projections, although most will also admit that time will tell whether the predictions materialize.

“We will see the final results only 3-5 years down the line. Until then, a lot could change,” Väth, whose organization boats more than 60 members, including the city of Frankfurt, the state of Essen and major financial actors, told The Local.

READ ALSO: Why Brexit is a double-edged sword for Germany

Dublin speaks English and thus has done well out of advertising itself as an ideal choice for US banks looking to maintain passporting rights – the ability to carry on trading and doing business in the EU post-Brexit.

Luxembourg is also keen for its successes to be recognized. “For asset management, most institutions will have chosen Luxembourg or Dublin because of the ecosystem, which is dedicated to cross-border trade in the EU,” Tom Thobald, deputy CEO of Luxembourg for Finance – Agency for the Development of the Financial Centre, told The Local.

Prudent Group, Blackstone, Aberdeen Standard Lite and Carlisle are but some of the big names who have announced some kind of move to or reinforcement in Luxembourg, where English is one of the four official languages of the regulator, a clear bonus for foreign clients.

“10 insurers are moving to Luxembourg, all big players, including AIG, Liberty Mutual and Sompo,” Thobald said. He admits however that Frankfurt and Paris are more likely to hoover up the trading and investment banking . “We expect, overall, 3,000 additional staff over the next two years,” adds Thobald, noting all are Brexit-related.

Amsterdam wants in on the Brexit action too. At least 200 UK-affiliated or based companies, not all of which are in the financial sector, had consulted the Netherlands Foreign Investment Agency as of June 2018 about a potential move across the North Sea, Michel Bakhuizen, a spokesman for the Dutch Ministry of Economic Affairs, told The Local.

South of the Alps, Lisbon, Madrid and Milan are hoping a drip feed of Brexit spoils could arrive too. Milan hopes its relationship with the London Stock Exchange (which owns the Italian Borsa, the stock exchange in Milan) could be a benefit.

“Milan could take a substantial piece of the market exiting London,” Bepi Pezzulli, chairman of Select Milano, a lobby group for UK-Milan trade, told The Local earlier this year.

Milan and Madrid, however, do not have the flexible, outward-facing regulators, strength of technology and experienced financial ecosystem that their northern counterparts possess to effectively be contenders.

Deal or no-deal, the hubs continue to feverishly compete behind the scenes to lure a slice of London’s EU-facing financial market.

No major dent on London?

William Wright, MD of London-based think tank New Financial, says ultimately the losses to London amount to no more than a drip feed and there is no sense of an exodus in the City of London.

“Nobody in the UK or EU questions that London will remain the dominant financial centre in Europe post-Brexit,” Wright told The Local. “But it will be damaged at the margin.

“These initial moves add up, and it would not be unrealistic to think that around 10% of that business in the City may have to relocate to the EU over time. That would equate to about 35,000 jobs.”

“There is still a lot to be wont’s not over yet,” Väth added. “Most banks have selected more than one location.”

JP Morgan have announced moves to Luxembourg and Frankfurt already, for example, and are said to be mulling a move to Paris too. Citibank and Goldman Sachs have also selected several EU hubs.

“A lot of the movements could yet happen,” Thobald of Luxembourg for Finance said, pointing to the fact that we'll have to watch this space and see what happens next. 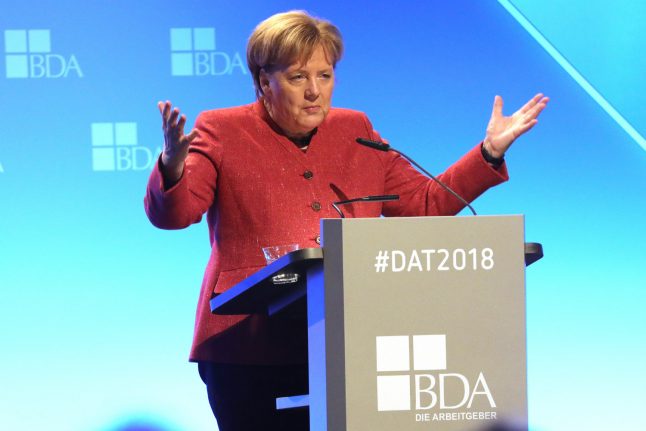 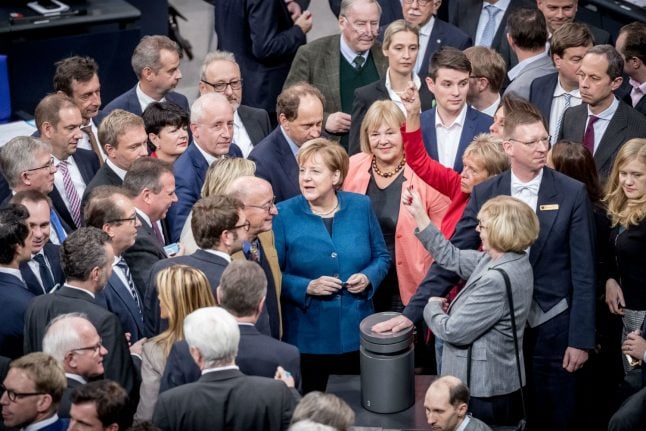