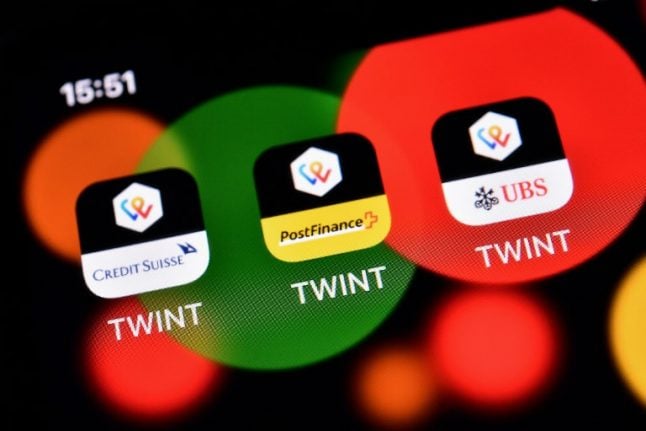 “There is suspicion that these institutions worked in concert to block their credit cards from working with Apple Pay and Samsung Pay in order to benefit… TWINT,” COMCO said in a statement.

“We are surprised about this investigation and are convinced that the allegations will prove to be unfounded,” the company said in a statement.

“We already offer to consumers in Switzerland access to Apple Pay and Samsung Pay through our subsidiary Swisscard,” it said.

It also stressed that the bank has “been in talks with companies such as Apple, Samsung or Google for several months to discuss how their mobile payment solutions could be offered to our clients.”

UBS, Switzerland's top bank, said it does “not comment on ongoing investigations, but would like to point out that in 2016 we tried to reach an agreement with Apple Pay regarding the use of UBS credit cards.”

“Although we have offered several alternatives, unfortunately no agreement could be reached,” it added.

PostFinance, another bank named in the probe, also denied wrongdoing and said it was cooperating with the authorities in hopes of “clarifying the facts”.

TWINT, which is not a target of the probe, said it was “astonished” that its premises had been searched by investigators.

“TWINT itself asked the COMCO some time ago to investigate discriminatory behaviour by Apple towards TWINT, because Apple prevents the trouble-free use of the TWINT app on IOS devices,” it added.

In addition to UBS, Credit Suisse and PostFinance, the two other companies cited are Swisscard AECS, a subsidiary of American Express and Aduno Holding, a Zurich-based firm specialising in cashless payments.