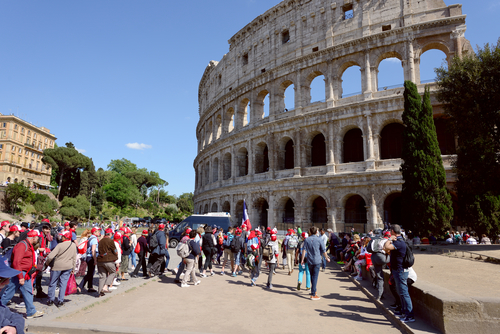 Italy’s museum-goers were dismayed in July at the news that free museum Sundays are to be abolished in 2019. But ministers have now announced the much-loved scheme will be replaced with 20 free museum days per year.

“It will go up to 20 free days, which will be distributed differently than in the past,” the Minister of Cultural Heritage, Alberto Bonisoli, told journalists yesterday.

The current scheme, implemented by previous culture minister Dario Franceschini, provides free admissions to state museums on the first Sunday of every month.

But ministers now say this system creates long queues and overcrowding at the country’s most popular attractions – something anyone who has ever popped in to see David at Florence's Galleria dell'Accademia or tried to get into the Colosseum on a free museum Sunday will know about.

READ ALSO: From taps to ancient erotica: Fifteen of the strangest museums in Italy

Instead of fixed free entrance dates across the country, he said, dates may now vary between attractions.

“Some days will be decided at the national level,” he said, “for example, in the week that ends on March 10 all the state museums will be free, from Tuesday to Sunday.”

But other dates can now be decided locally by museum directors, he said, as more flexible planning would better account for regional differences and seasonal fluctuations in visitor numbers.

“So if a museum has too many visitors arriving on free Sundays, like the Colosseum, it will be able to have free entrance perhaps in a weekday afternoon slot, to better manage the crowds.”

From next year, those aged 18-25 will also be able to visit Italy’s state-owned attractions at any time for just two euros.

“We want to encourage and create the habit of going to the museum in young people that don’t have great economic means, because seeing a part of our great cultural heritage can help them grow,” said Bonisoli.

EU citizens under the age of 18 already receive free entry to Italy’s museums, along with humanities students.

And museums already have the power to introduce other free offers, either independently or in collaboration with the Ministry of Culture.

For example, for the past few years Italy's state museums have offered free entry to all women on International Women's Day, while Turin's Egyptian Museum has offered discounts for Arabic speakers and two-for-one offers for couples on Valentine's Day.