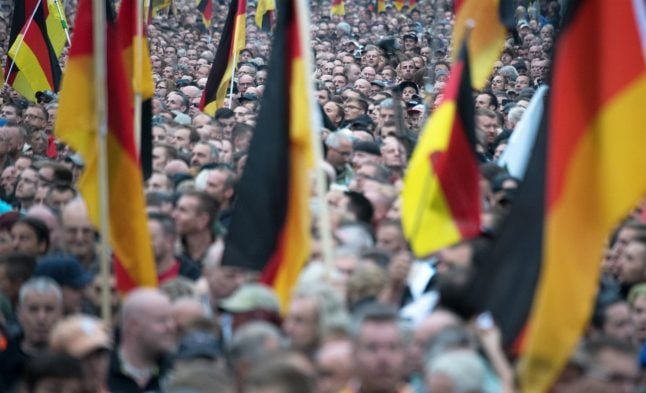 In eastern states, almost one in two people (47 percent) agree with statements such as: “Foreigners take advantage of the welfare state”, the survey found. For western states this number was 32.7 percent, reported the Frankfurter Allgemeine Zeitung (FAZ).

Furthermore, the authors of the study, Oliver Decker and Elmar Brähler, found six percent of Germans have a clear right-wing extremist view of the world.

This is higher than in previous surveys conducted by the Leipzig university team over the past four years. However, it's still well below the 9.7 percent figure recorded in the first survey in 2002.

“Our current survey clearly shows that xenophobia is becoming increasingly widespread throughout the country,” said Decker.

The Leipzig researchers interviewed 2416 people (1,918 in the west and 498 in the east – to reflect the overall population) earlier this year.

They asked questions on a huge range of topics including, advocating a right-wing authoritarian dictatorship, xenophobia, anti-Semitism, social Darwinism, chauvinism and playing down Nazism.

While anti-Semitic attitudes have declined slightly compared to 2016, the negative depictions of Muslims, Sinti and Roma in particular have become entrenched in society, the authors of the study found.

They discovered that more than half of the nation's population (55 percent) now agrees with the statement: “Due to the many Muslims here, I sometimes feel like a foreigner in my own country.”

When the researchers, who presented the study on Wednesday in Berlin, had asked this question two years earlier, the rate was 50 percent. In 2014 it was 43 percent.

Opposition to Angela Merkel's immigration policy, especially when she kept the borders open in 2015 during the refugee crisis, has grown in Germany in recent years. It's also fuelled the rise of right-wing to far-right organizations, such as Alternative for Germany (AfD) party and Pegida.

SEE ALSO: Three crisis that have rocked Angela Merkel since her re-election

Brähler said that the fewer foreigners living in a region, the stronger the “fears of alienation” in that area become. The only exception is Bavaria, where many residents have a migration background, but these fears against foreigners still exist.

The participants in the study were also asked about their voting preferences. It turned out that 55 percent of the people who said they would vote for the Alternative for Germany (AfD) if the Bundestag elections were taking place next Sunday held anti-foreigner views.

Among those who would vote for the CDU, CSU and SPD, 22 percent were xenophobes. For the voters of the Free Democrats (FDP), the researchers found 18 percent held anti-foreigner attitudes.

Among the supporters of the Left Party and the Greens, the figure was significantly lower, with 15 percent and 11 percent respectively.

“Those who are right-wing extremists are turning away from the CDU and SPD today,” said Brähler, “and find their new home in the AfD.”

Strong differences between AfD voters and supporters of the other parties represented in the Bundestag were also found by Decker and Brähler in a variety of points.

Shockingly, just over 13 percent of the respondents who called the AfD their “election preference” advocated a right-wing dictatorship.

For comparison: among the voters of the Union parties, 2.3 percent expressed such views, among the FDP supporters it was 4.3 percent. The proportion of supporters of the Left, Greens and SPD who advocated this was less than two percent each.

Supporters of a “right-wing authoritarian dictatorship” are those who think statements such as “in the national interest, under certain circumstances, a dictatorship is a better form of government” or “what Germany now needs is a single party that embodies the national community as a whole” are correct.

The researchers discovered major differences between east and west when they asked about attitudes that can be summarized under the term “social Darwinism”, the survival of the fittest theory first investigated by Charles Darwin.

Nine percent of western Germans agreed with the statement: “There is valuable and non-valuable life”. In the former East Germany, 14.5 percent of those questioned were of this opinion.

The study also dug up some interesting findings almost 30 years after the fall of the Berlin Wall in 1989, which paved the way for reunification in Germany. Eastern Germans' satisfaction with the functioning of democracy has risen from 27.3 percent in 2006 to 46.9 percent today.

“It is, of course, gratifying that we are finding higher approval levels here. On the other hand, however, it must be considered that only about half of those surveyed are satisfied with the actual practice of democracy,” said Decker.

Researchers at the University of Leipzig have been observing the development of authoritarian and right-wing extremist attitudes in Germany since 2002.

The 2018 study was prepared in cooperation with the Heinrich Böll Foundation and the Otto Brenner Foundation. 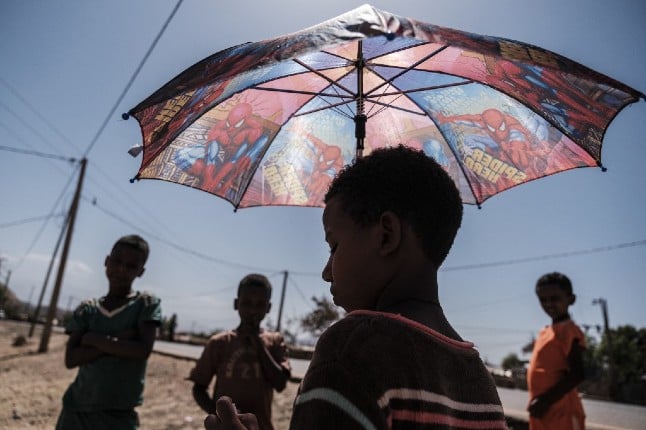 An Eritrean refugee child stands under an umbrella at Mai Aini Refugee camp, in Ethiopia, on January 30, 2021. Danish media have mentioned Ethiopia as a possible site for the camp. Photo: Eduardo Soteras / AFP

Known for having one of Europe’s harshest stances on immigration, the wealthy Scandinavian country aims to deter migrants from coming to Denmark at all.

Despite criticism from humanitarian organisations and some leftwing parties, the bill, proposed by Prime Minister Mette Frederiksen’s Social Democrats, was adopted by 70 votes to 24.

Under the law, asylum seekers would have to submit an application in person at the Danish border and then be flown to an asylum centre outside Europe while their application is being processed by the host country.

If the application is approved and the person is granted refugee status, he or she would be given the right to live in the host country, but not in Denmark.

If it is rejected, the migrant would have to leave the host country. No country has agreed to collaborate with Denmark yet, but the government says it is in talks with five to 10 countries, without identifying them.

Danish media have mentioned Egypt, Eritrea and Ethiopia as possibilities. Denmark is meanwhile known to be in talks with Rwanda.

The two have signed a memorandum of understanding on asylum and migration cooperation, though the document doesn’t specifically cover external asylum processing.

The UN refugee agency, the UNHCR, criticised the law as “contrary to the principles of international refugee cooperation.”

Denmark has repeatedly made headlines in recent years with its anti-immigration policies, including its official “zero refugees” target, its withdrawal of residence permits from Syrians now that it deems parts of the war-torn country safe, and its crackdown on Danish “ghettos” in a bid to reduce the number of “non-Western” residents.