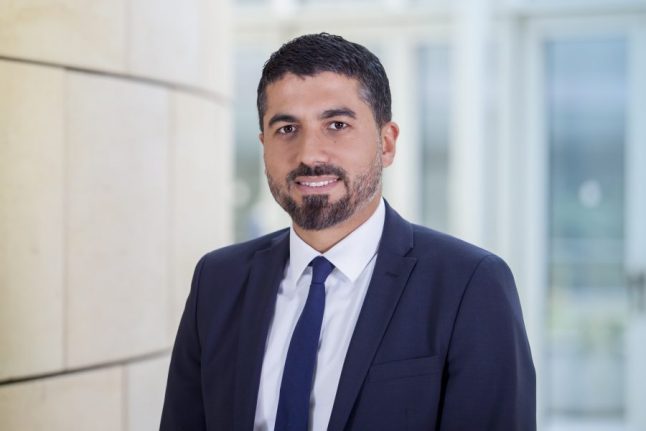 Serdar Yüksel. Photo: NRW SPD group
Serdar Yüksel, of the Social Democrats (SPD), rushed into action after a research employee of the AfD faction stopped breathing in the work, health and social committee of the NRW state parliament on Wednesday, according to local newspaper WAZ.
The man is believed to suffer from heart problems.
Yüksel, 45, who is from Bochum and is a trained intensive care nurse, diagnosed a cardiac arrest and immediately started to perform CPR on the man.
According to Yüksel, the committee had just dealt with an item on their agenda when the ordeal took place.
“The AfD consultant stood up, walked a few meters away from his seat, and then suddenly collapsed,” Yüksel told the newspaper.

“My patient” and “all to the side, all out immediately”, Yüksel shouted spontaneously to the politicians in the group, and to the guests in the committee.
Yüksel ran to the man to feel his pulse, but could not detect anything. The trained nurse began a heart pressure massage, and was assisted by the Free Democrats (FDP) delegate Susanne Schneider, who is also an experienced nurse.
Schneider took over the mouth-to-mouth resuscitation of the patient. According to Yüksel, two other nurses, who are members of the NRW parliament, Angela Lück (SPD) and Christina Weng (SPD), stood nearby to help if they were needed.

A cardiac arrest is caused by an electrical problem in the heart, which causes the heart to stop pumping blood around the body and to the brain.

It causes the person to fall unconscious and stop breathing. Without CPR the person will die within minutes.

Brought back to life

The resuscitation worked and the patient 'came to life' after a few minutes. Paramedics then arrived at the meeting room and transported the man to a hospital.
“The situation was very serious for our employee,” confirmed a spokesman for the AfD state parliamentary group to WAZ.
The man was supporting the AfD member of state parliament, Iris Dworeck-Danielowski in the committee meeting when he collapsed.
Yüksel, who is of Kurdish descent and has been a member of the SPD since 1989, said he automatically jumped in to action in the emergency situation. “One simply helps spontaneously”, he said.