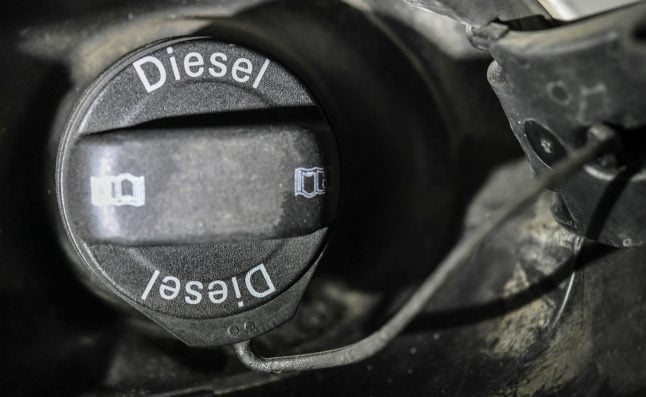 A renewed focus on air quality in the wake of Volkswagen's 2015 “dieselgate” scandal — in which the car giant admitted to cheating regulatory tests on 11 million cars worldwide — has seen a wave of courtroom action across Germany.

Major cities including Stuttgart, Frankfurt and most recently the capital Berlin were slapped with legal orders to cut emissions, while Hamburg decided of its own accord to expel the worst polluters from parts of the urban centre.

The moves have sparked the ire of owners of older diesel vehicles with higher emissions levels, creating a political problem for the government just as the ruling parties face a crucial state election in Hesse on Sunday.

“We are working full speed ahead to achieve both the goals we have: clean air with emissions limits that are respected in our cities, and the possibility for drivers to stay on the roads,” he said.

A draft law is to be presented on November 7th to the federal cabinet for approval. It would allow cities to not enforce diesel bans when only “minor” infractions against legal pollution limits have been registered.

The move, announced by Merkel Sunday while on the campaign trail in Hesse, was immediately attacked by the opposition as an “election manoeuvre” and a “joke”.

On Wednesday, a German court ordered the city of Mainz to slash emissions from older diesel cars or face a driving ban.

In a keenly awaited ruling, the administrative court in Mainz said the western city's current air quality plan failed to implement “sufficient measures for the immediate limitation” of dangerous nitrogen dioxide (NO2)
emissions from vehicles.

It said if authorities failed to ensure a reduction of NO2 below legal limits, driving bans could be imposed from September next year in the city of 200,000 residents.

SEE ALSO: Court in German city of Mainz to rule on ban on diesel cars

Mainz authorities said they would appeal. Nitrogen oxides (NOx) including NO2 are estimated to cause thousands of premature deaths in Germany each year.

According to the World Health Organization (WHO), the gases aggravate asthma and bronchitis symptoms and are linked to cardiovascular and respiratory disease.

Mainz figures on an official list of 65 German cities whose NO2 levels last year surpassed European norms of 40 milligrammes per cubic metre or below.

Germany is one of a number of countries that have missed European Union deadlines to bring down levels of NOx in urban air, opening them up to potential legal action from Brussels.

Courts have led the way in cracking down on pollution in Germany as driving bans are loathed by owners of older vehicles, making the issue politically dicey.

The Centre Automotive Research (CAR) in Duisburg found an only 3.8-percent decrease in NO2 emissions in the year prior to September 2018 in data provided by 387 urban measuring stations.

At that rate it would take until 2025 to bring the most polluted cities under legal limits, CAR's experts found.

Even those cities with “minor” infractions targeted by Merkel's draft bill would need until 2022 to respect the law, the study indicated.

The government is also still locked in negotiations with Germany's powerful automobile industry, mired in the “dieselgate” emissions cheating scandal yet vital to the national economy, over covering the cost of refitting older vehicles with more effective exhaust treatment systems.

Of some 5.5 million diesels on the road meeting the 2009-era Euro 5 standard, only 2.2 million can be upgraded to produce lower NO2 emissions.