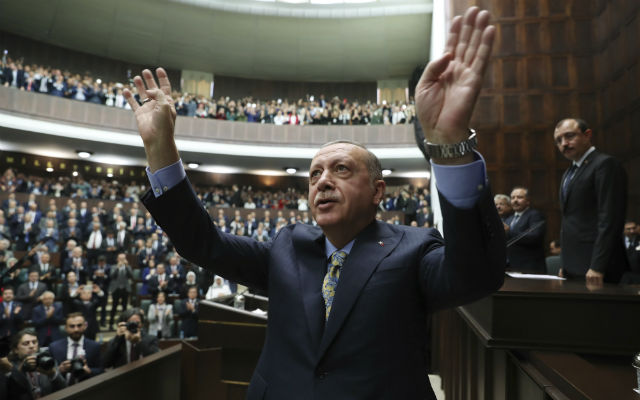 A statement by the German foreign office cites the recent detention of several German citizens in Turkey. In many cases, those arrested are critical of Erdogan's rule.

Statements that are covered by freedom of expression in Germany may give rise to criminal proceedings in Turkey, warns the statement.

A simple 'like' on Facebook or comments on social media can lead to charges of terrorism and anti-state propaganda, adds the statement, which in turn can lead to years-long jail sentences.

“German nationals, in particular persons with close personal and personal relations with Turkey, have been refused entry in many cases since the beginning of 2017 without being given reasons. Affected persons had to return to Germany after waiting in custody from several hours to several days,” the Federal Foreign Office said in a statement.

“In the process, their mobile phones were taken from them and searched for stored contents and contacts. Although the reasons for refusing entry are generally not communicated, a connection with anonymous denunciations can not be ruled out. It should be noted that a high proportion of the rejected have a Kurdish or Turkish-Alevi family background,” adds the statement.

The statement also warns travellers to check security guidelines before travelling through Istanbul Ataturk Airport, an aviation hub in the region. The expanded airport is set to open on October 29th, according to the statement.

The German government's focus on Turkish state terror will come as an embarrassment to the NATO ally as it tries to demonstrate that Jamal Khashoggi, the dissident Saudi journalist, was killed in the Saudi embassy in Istanbul on October 2nd.

Saudi Arabia says “rogue” agents were responsible for Khashoggi's death in an interrogation that went wrong, while Turkey insists the attack on the journalist was premeditated.

READ MORE: Merkel to push for release of detained Germans in Turkey as leaders vow to rebuild bridges