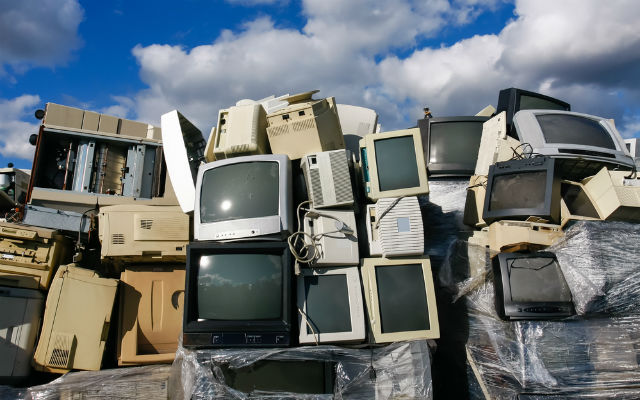 In 2016 alone, more than 150,000 items of bulky waste, mainly old electrical equipment, were thrown out by households in Berlin.

The Berlin Senate is keen to turn the city into a 'zero waste' landscape and the increased burden of old technology, often lying abandoned on street corners, has led to a new outreach program.

As part of the 'Re-Use Berlin' campaign, until November 16th residents can bring their old “objects” for free to a collection point at the Ruppiner Chaussee 341 recycling depot in the northwest of the city. “The used goods then benefit social institutions,” reads a statement by Berlin's authorities.

Items that can be recycled for free during the five-week outreach program include chairs, small dressers, lamps and household items and dishes, working small electrical appliances, books, CDs, DVDs, clothing and textiles, as well as toys.

Some of the items are then resold cheaply at a store in the so-called Circular Economy House on Rollbergerstrasse 26 in Neukölln on selected dates starting from November 30th.

“All proceeds will flow into the results of an ideas competition, which is currently seeking new measures for the reuse of second-hand goods as part of Re-Use Berlin,” state Berlin's authorities.

The competition runs until November 25th and is open to anyone who suggests ideas for “the reuse of second-hand goods in Berlin.” First prize is €2,500.

One Leipzig-based startup, binee, has developed collection points that incentivize individuals to recycle their old electrical goods in exchange for shopping vouchers. e-binee is already present in Leipzig and Chemnitz and a single trial collection point also operates in Berlin's Forum Factory.

The startup's other product, medibinee, which facilitates the recycling of old medicines, is already up and running in Leipzig and areas of the Ruhr valley in western Germany.

The capital's slogan 'Re Use Berlin' echoes an earlier policy from the GDR, suggests Berliner Zeitung. Under the 'Sero' state recycling scheme in former East Germany, young citizens and adults alike could collect “pocket money” for recycling plastic, paper and other waste.