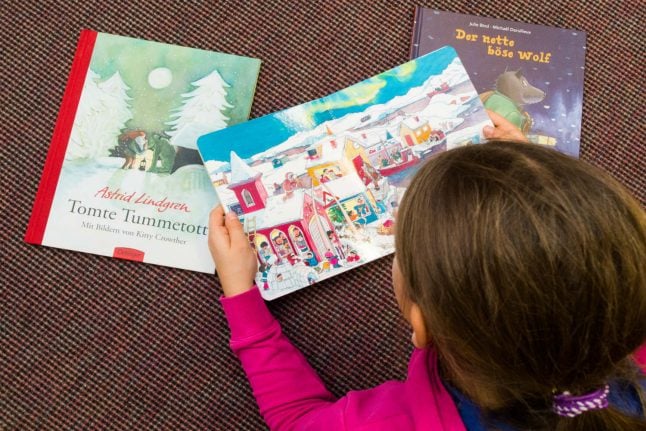 The charm of a good fairytale or children's book is a curious thing. It welcomes its readers with a darkness that’s usually hidden from children. Germany is no exception. Take for instance, a classic from the 19th century – Der dicke fette Pfannkuchen (The thick fat pancake) – which kicks off with the escape of a pancake that doesn’t want to be eaten by three old women.

The pancake scampers across fields, fleeing the many animals that want to eat him, only to be encountered by orphans at nightfall. In their hunger, they can barely utter words and the pancake, seeing this, sacrifices his sweet self by jumping into their basket to be devoured.

Narratives with a moral meaning behind them, such as this one, have long been an integral part of children’s stories. But the pragmatism and the maturity in German kids’ books is a breath of fresh air.

It goes beyond the teachings of self-improvement, being a dutiful child, and causing no harm and moves further to showing how one can become a selfless component of society. And this is where German stories for children skips ahead by adding unforeseen elements.

Breaking down abstract concepts is another distinctly German thing. A popular children's series by the name of Piggeldy und Frederick showcases two pigs plodding along a meadow with big questions at hand.

Frederick, the elder brother, takes a naive Piggeldy through experiences of Faulheit (laziness), Geduld (patience), Fernweh (a longing to be in places where one is not) and Langweile (boredom) among others. When Piggeldy suffers a long walk with no answers, he understands what patience is all about.

The richness of content has not shielded German literature from controversy, though. As times have progressed, the need to modernize has posed a constant challenge.

Here are some interesting hurdles that authors have had to overcome.

How the Grimm stories changed their narrative

The first edition of Kinder und Hausmärchen (Children’s and Household Tales) was published in December of 1812. An original set of 156 stories came to capture the raw essence of German folklore. In their attempt to preserve the voices of ancient storytellers, their tales dripped with authentic absurdity.

Contrary to popular belief, the Grimm stories were not necessarily written for children but were meant to provide everyone an education on European heritage.

Jacob, one of the Grimm brothers, wrote in a letter on January 28th, 1813: “What we possess in publicized and traditional teachings and precepts is accepted by old and young, and what children do not grasp about them, all that glides away from their minds, they will do so when they are ready to learn it.

“That is the case with all true teachings.”

For precisely that world-view, their stories were neglected by the middle-class to whom they appeared crude, vile and distasteful. Wilhelm, Jacob’s brother, in his artistic urge to polish the tales, made several edits and it was only then that the stories became a part of common households, for they came to embrace Christian values.

For instance, the conspiring mother from Snow White, and Hansel & Gretel, was transformed in later editions to a stepmother, a narrative that allowed motherhood to be held pristine.

Rapunzel’s shameful pregnancy too was erased.

The greatest change came in the form of deleted stories that remain in the only the first editions of Grimm books, such as Wie Kinder Schlachtens miteinander gespielt haben (How Some Children Played at Slaughtering).

It’s about two children who see their father slaughtering a pig. Later that day they decide to roleplay the pig and butcher. One child inevitably slits the throat of the other.

Admirers of the Grimm collection are left to wonder. Did stories lose value as they were altered to appease people, or were they enriched through this evolution? Can the 21st Century find a way around it?

In 2009, a change of words in a Swedish literary classic led to strong sentiments of anger and resentment in the public. Astrid Lindgren’s Pippi Langstrumpf had been challenged for its racist terminology. The alteration of this book blew open a heated debate on the authenticity of old literature.

To be clear, nobody was accusing the authors of being racist or inappropriate. What has changed with time, though, is language and perception.

For literature to remain in-sync with society, it seems it has to embrace modern sensibilities and words should be changed as a show of respect.

On the other hand, it could be argued that preserving old naivety is an essential step in accepting our flaws as a society. Perhaps all changes in old classics could be limited to adding concise but honest footnotes, detailing the beliefs of olden times.

The pressures of fitting into a gender role are passively transferred through societal interactions, literature and cinema. And there is no doubt that those who find themselves at the edge of these stereotypes, also find themselves non-existent in books.

Some people struggle with their gender identity – and these feelings can emerge at an early age. So where do gender fluid children find their heroes in German literature?

Wilma isn’t discouraged by the expectations of female behaviour that are thrown at her. From meeting the pirate captain who believes that women on ships bring misfortune, to robber baron Rocko who assumes her interest in dolls – Wilma plays out a versatile portrait of womankind with attitude.

Some other recent releases include Georg (2015) and Teddy Tilly (2016) with plots centered on a transgender character. “Some are watching this trend nervously; these kinds of books still make critics uncomfortable,” said the literary expert Nicola Bardola at the Frankfurt Book Fair last year, which highlighted this new move in literature.

Change in literature is fuelled by change in people. The demographics have changed hugely in Germany in recent years, especially since the mass intake of refugees in 2015, and a rising influx of international workers.

Today, 38% of children in Germany under the age of 10 are from a migrant background. They will certainly be looking for reflections of themselves in what they read. But is Germany delivering?

Some authors are embracing this change.

Kirsten Boie, winner of the Grand Prize of the German Academy for Children's and Youth Literature, has been revolutionizing the scope of children’s books.

In 2016, she published Thabo – Detektiv and Gentleman with a leading African hero from the village of Hlatikulu who solves crimes with his friends.

It was followed by Everything Will Be All Right – the story of two Syrian children, Rahaf and Hassan, and their family displaced by war. Both titles are freely available (here and here) as digital books in English, Arabic and German.

By focussing on the toys and sleepovers, Kirsten Boie gives every German child a way to identify with other children whatever their background and heritage. And it gives children in Germany from a migrant background a chance to see themselves represented in culture.

How children's literature in Germany progresses remains to be seen but it can't be denied that positive steps are being taken.