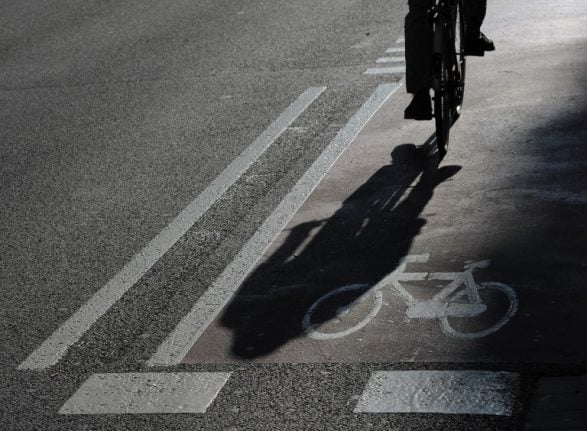 This follows a poll conducted by Pro Velo, VCS, TCS, Suva and the Accident Prevention Service which says that two thirds of Swiss cyclists feel that too often vehicles are too close when overtaking, says a report first published by Tages Anzeiger.

Aebischer adds that every tenth bicycle accident in Switzerland is caused by vehicles failing to give cyclists enough space when overtaking or passing.

The politician is now planning to push for legislation that would require vehicles to give cyclists a distance of 1.5metres when overtaking. Currently, it is the responsibility of the vehicle driver to determine how much space is necessary, with the law stating that cars and trucks must be a “sufficient distance” from bikes.

Most bike lanes in Switzerland are roughly 1 metre wide, as shown below.

Bike Lane in Zurich, Switzerland. That is one metre gap between the kerb and the dashed yellow line.  @BikeAKL @AklTransport pic.twitter.com/AqBfyS6Sz2

This is not the first time that Matthias Aebischer has taken on the issue of bicycle safety and, last year, he called on the Federal Council to do more to protect cyclists.

However, the council has played down the suggestion of a specific distance being introduced on the basis that it would be hard to enforce. “The required distance when overtaking bicycles should be assessed on a case-by-case basis, taking into account the specific circumstances,” said a statement.

Similar legislation is already in effect in Germany, Spain, Ireland and Portugal. Due to issues with policing the law and in an apparent bid to ensure that it is enforced, some cyclists have taken it upon themselves to widen their bikes.

Aebischer said that the legislation would not about giving fines to motorists, rather raising awareness of the issue with the aim of increasing road safety.

SVP politician, Roland Büchel, who is said to be an avid cyclist, has suggested that he is against the introduction of legislation on the issue, adding that the “reason and responsibility” of motorists is enough. Additionally, enforcing the distance on some of Switzerland’s smaller roads could be difficult.

Earlier this year, nearly three quarters (73.6%) of voters approved a proposal to protect cycling infrastructure and to give federal authorities more responsibility to develop cycle paths across the county.