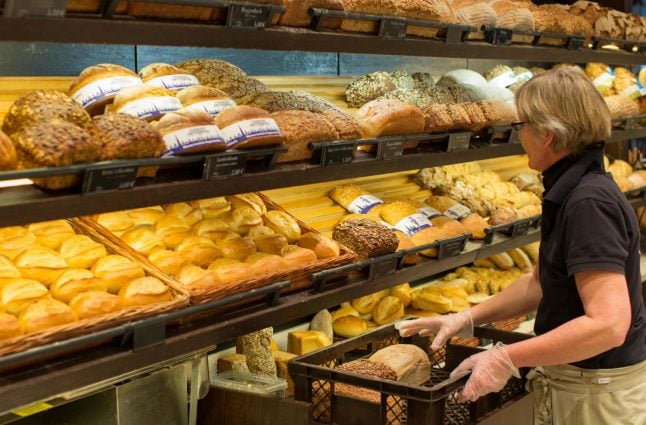 The environmental foundation WWF presented their findings in Berlin on Thursday – and they urged consumers, businesses and politicians to act against the waste of bread and bakery products, especially in light of harvest losses after a long drought this year.

According to the latest statistics, approximately 4.5 million tons of baked goods were produced in 2015. Of these, around 1.7 million tonnes were recorded as losses. The majority of these are in households, followed by bakeries and retailers.

For 90 percent of Germans, bread is served at least once a day. But the problem isn’t solely down to consumers throwing out food they haven't eaten at home, the study found that there was also a substantial overproduction.

According to the study, in some shops every fifth bakery product, whether it’s a slice of Schwarzwälderkirschtorte (Black Forest gateau) or a  Kürbiskernbrötchen (pumpkinseed roll), is left lying around and not sold over the counter.

Medium-sized to large bakery companies are the worst offenders, with losses of up to 19 percent on their produce. Baked goods that are not sold are labelled as returns, and they are either usually donated or processed into animal feed, decomposed or used as breadcrumbs. Some bakeries sell the old bread at reduced prices, and a small proportion ends up in the bin.

On average, the returns are between 12-15 percent. The loss of baked goods alone caused by returns in Germany amounts to around 600,000 tons per year. WWF said small craft businesses have the lowest returns.

The impact on the environment

WWF said that the losses correspond to a wasted harvest of almost 400,000 hectares of farmland – that’s a field larger than the island of Mallorca. In addition, the waste results in an unnecessary 2.46 million tons of greenhouse gases emitted.

Jörg-Andreas Krüger, head of the Ecological Footprint department at WWF Germany, spoke of a “schizophrenic” situation

He said: “In order to maximize crop yields, cultivation is being intensified. At the end of the growing season, pesticides and the nitrogen fertilization used in cereal cultivation pollute the environment.

“At the same time, we are throwing away the food produced from the grain in bags.”

This waste is also problematic in view of this year's drought and crop losses, says WWF.

In 2018, the prolonged drought led to significant crop losses. According to estimates by the German Farmers' Association, the harvest produced 35.6 million tonnes of grain. This is 26 percent less than the average harvest between 2013 and 2017

“Extreme weather conditions will increase as the earth heats up. In the future, we should and can no longer simply afford to take up this amount of farmland in order to throw the grain grown on it into the garbage as bread, croissants or tartlets,” said Krüger.

Food surpluses such as baked goods returns can be taxed as losses. Politicians and the tax authorities should also take a financial interest in halving the waste by 2030, the WWF explained.

The association called for a national strategy with clearly defined, binding targets. But consumers and business also need to rethink their ways, says WWF. Germany has more than 3,200 types of bread. Photo: DPA

The processing of at least 400,000 tons of surplus baked goods per year into animal feed is also problematic, according to the WWF.

The organization said the bread and its packaging are shredded by machines to remove residues. That means there's a risk of plastic particles – especially microplastics – not being reliably removed and possibly ending up in the human food chain.

German authorities have previously said that they are working on a plan to cut down on food waste.

The country throws out an estimated 11 million kilograms of food every year – and the government wants to halve that amount by 2030.