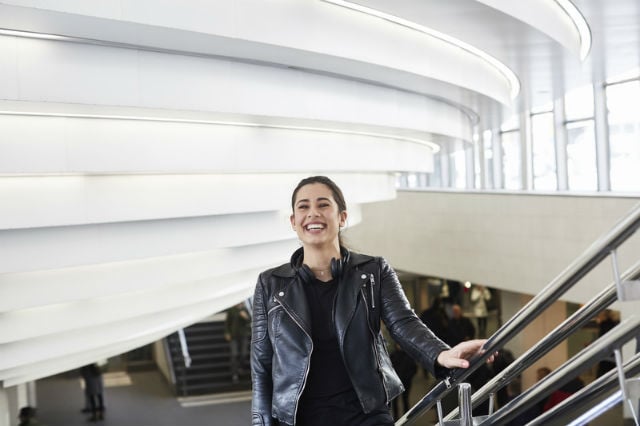 For Petra Weslien, HR Director at Stockholm-based tech giant Truecaller, one of the biggest challenges with equality is maintaining it from half the world away. With three offices in India, an office in Nairobi and a headquarters in Stockholm (where she is stationed), it can be tough to keep inequality from slipping through the cracks.

“In India it can be very difficult to recruit equally in the product and tech area. But we’ve been working very hard and say there needs to be two females and two males in the final four candidates,” she tells The Local.

It might not sound radical but Truecaller’s policy is not to be sniffed at. The tech industry has long suffered with a pipeline problem with just 20 percent of tech jobs held by women. Despite this disparity, Truecaller is sticking firmly to its guns and remains committed to seeking out female tech talent. It’s paying off too, with women accounting for 28 percent of the organisation in both Sweden and India. Find out more about Stockholm's A Woman’s Place initiative

It’s just one way Truecaller is living up to its promise of being A Woman’s Place. The gender equality initiative, which was launched in March by Stockholm’s investment promotion agency Invest Stockholm, aims to contribute to fair professional opportunities for both women and men.

However, says Invest Stockholm’s Acting COO Julika Lamberth, the initiative is not a guarantee of irreproachable equality. Instead, it’s a vow to collaborate, contribute and strive towards a future free from gender discrimination.

“We have the best working environment for women in the world but we’re not totally there yet. With this initiative we want to take it one step further to make it perfect in order to keep attracting the world’s best talent to Stockholm, regardless of gender.”

Employing diverse talent is a pillar of Truecaller’s growth strategy and with good reason. The Global Gender Gap Report 2017 maintains that ‘to build future economies that are both dynamic and inclusive, we must ensure that everyone has equal opportunity. When women and girls are not integrated…the global community loses out on skills, ideas and perspectives’.

It’s this assertion that drives the A Woman’s Place initiative.

More than a declaration

For the companies striving to be A Woman’s Place it’s about more than making a simple declaration. Once they sign up, they need to follow the five principles of the initiative which are designed to highlight potential pitfalls and prevent inequality.

Along with hosting all-female hackathons, Truecaller is living up to its responsibility as A Woman’s Place by encouraging staff to refer female candidates.

Petra explains that employees who refer successful candidates receive a financial reward which comes out of her department's annual budget. Recently, Petra began offering double the money if a staff member refers a successful female candidate.

“I didn’t think it would affect my budget but actually it really has!” says Petra.

She continues that, while the money is a nice incentive, the move is encouraging people to look more closely into their networks. What they discover is that they know more female tech talent than they had assumed.

While Petra admits Truecaller still has some way to go when it comes to getting more women into its C-Suite and on the board, the issue is very much on the company’s radar.

“We want to increase equality at all levels of the company. We are conscious of it and it’s part of our strategy for growth, scaling, building a sustainable business and developing talent.”

With all the work Truecaller has been doing to further equality within the organisation, it made perfect sense for it to join fellow Stockholm-based companies declaring themselves A Woman’s Place.

“It’s in our culture. We really want to further with equality and having the opportunity to stand alongside these other companies is brilliant.”

‘It wasn’t a discussion’

Mobile app developer Bontouch is among the 94 companies that have joined the initiative since March.

“It wasn’t really a discussion, it was very clear. When the initiative launched and we saw other companies joining and that it could be a little #metoo movement in Stockholm, there was no choice for us not to join,” says Bontouch’s HR Researcher Ivar Forsling.

But it was long before becoming A Woman’s Place that Bontouch began focusing on gender equality. From day one the company has been committed to inclusiveness and has always taken steps to have strong female representation. “We have always had the goal to have at least 30 percent women in the company. We did reach that goal not so long ago but it always goes up and down. But it was a very happy day when we did!” recalls Ivar.

A set of policies are in place to reach, and hopefully one day rise above, that 30 percent, starting with the recruitment process.

“You can evaluate the portfolio of a designer without knowing who the person is. So when people apply for design jobs, we don’t know their ethnic background or gender, we just judge the work.”

Ivar adds that it’s also a case of maintaining an open dialogue so that the topic of gender equality stays fresh in people’s minds.

“We have monthly meetings when we address the topic. It’s not enough to talk about it once a year, you have to remind yourself regularly. People also discuss amongst themselves as colleagues and friends. In Swedish, we say there’s ‘a high ceiling’ so if you ever feel uncomfortable or have an opinion, you can say it, no matter what.”

It’s all very well for a company’s HR director to wax lyrical about the policies designed to increase equality, but it’s the employees’ experiences that really count. Fortunately, Bontouch’s female staff members agree that the company’s efforts are paying off.

Just ask UX designer Nicole Martini who noticed Bontouch’s gender parity even before she began working for the company.

“When I was applying for jobs I didn’t feel so confident if I knew a company didn’t have a lot of women in the workplace. But when I first came to the interview here I was like ‘Damn, there are a lot of women here!’. I was really surprised in a good way,” she says.

Nicole has continued to be pleasantly surprised since joining the company. She feels that Bontouch makes concerted efforts to retain and develop its female staff. For example, this past March and for several years previously, the company organised for them to attend Women in Tech, an annual conference to inspire and connect women in the tech industry.

“The company organised the tickets and gave us the day off to attend. We also arranged a breakfast seminar before the event, inviting women in the tech industry to come along, socialise and get in touch with other women in the area.”

Jessica Sjöberg, VP Corporate Comms for media company NENT Group Sweden which is one of the founding companies behind Women in Tech, believes Stockholm, with its flourishing female tech community, is the perfect city to host the event.

“Stockholm is a hub for many tech companies. We are well known for it. There is such a large female force in the Swedish and international tech community. Hopefully an event like this will help to change the industry to put the focus on women.”

That Stockholm is already full of companies well aware of the opportunities for growth that result from diversity makes it the perfect city for an initiative like A Woman’s Place.

“It’s a ‘no brainer’ for so many Stockholm-based companies and organisations to join,” says Julia at Invest Stockholm. “After all, many of them already have a very conscious strategy to ensure they support equal opportunities for women and men.”

She adds that Invest Stockholm hopes that when companies around the world see big names like Truecaller, King and Klarna have joined the initiative, it will spread much further afield than Sweden’s capital.

According to the 2018 Global Talent Competitiveness Index, Stockholm is the second best city in the world to grow, attract and retain talent. With its A Woman’s Place initiative, it could well be on track to top the list next year.

Invest Stockholm supports all companies with free gender equality seminars on topics such as ‘How to prevent sexual harassment’ and ‘Inclusive and norm-creative external communication’. Click here to find out more about the seminars and how you can attend.

This article was produced by The Local Creative Studio and sponsored by Invest Stockholm.

Russia accounts for only one or two percent of ABB’s overall annual turnover and the decision to pull out will have an estimated financial impact in the second quarter of around $57 million, the group calculated.

“ABB has decided to exit the Russian market due to the ongoing war in Ukraine and impact of related international sanctions,” the group said in a statement.

Russia accounts for only one or two percent of ABB’s overall annual sales and the decision to pull out will have an estimated financial impact in the second quarter of around $57 million, the group calculated.

A large number of major western companies have pulled out of Russia since Moscow invaded its pro-Western neighbour on February 24.

“When the war broke out, ABB stopped taking new orders in Russia,” the group said.

At the same time, it said it continued to fulfill “a small number of existing contractual obligations with local customers, in compliance with applicable sanctions.”

Most of ABB’s dedicated Russian workforce has been on leave since March “and the company will do its best to support them as it realigns its operations in a controlled manner,” it said.

ABB has about 750 people in Russia and two production sites in the country located in the Moscow region and Lipetsk, as well as several service centres.

Separately, the group said that its net profit fell by 50 percent to $379 million in the second quarter, largely as a result of one-off charges, but also the cost of withdrawing from Russia.

Sales, on the other hand, grew by six percent to $7.2 billion in the period from April to June, ABB said.