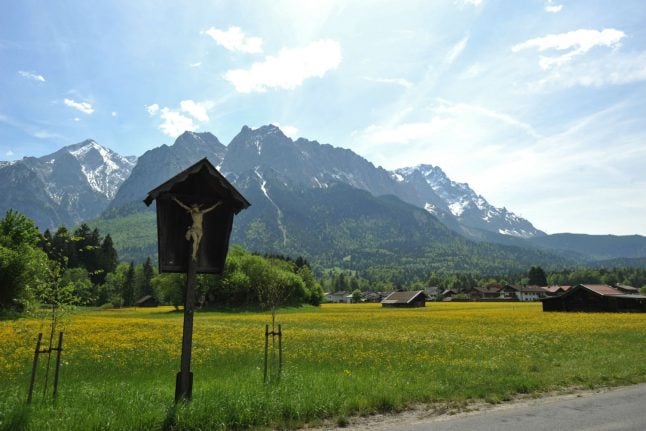 Beer, beautiful lakes, stunning mountains, dirndls and lederhosen. Bavaria was made to be marketed on kitchy postcards around the world.

And while this idyll seems like it hasn’t changed in centuries, der Freistaat is much more complex than its international image would have us believe.

“The world is changing and that goes for Bavaria too – it’s changing much faster than some people want,” state leader Markus Söder said at a recent campaign rally.

The changes taking place in the tradition-loving state can be seen firstly in its demographics. Over 12 percent of the population were born abroad. And that figure doesn’t even include the other incomers some Bavarians still consider foreign – north Germans.

Bavaria’s wealth, in particular the enviable economic might of Munich, make it an attractive destination for many people seeking well-paid work. The consequence is that the state is becoming more diverse.

Where once a football club, a traditional dress society and a country pub would have met the needs of the majority of locals, the modern Bavarian is after more. Niche sports like surfing on the rivers of Munich's English garden have become increasingly popular. Meanwhile, alongside Bavarian Tracht one can find a Scottish kilt club in the Alps. And the hills are no longer merely alive with the sound of mooing, bleating Alpakas compete for attention too.

Irene Hemetmayr, who runs an Alpaca farm in Gars am Inn, says that when she started 11 years ago no one knew what the animals were. Now she doesn’t need to explain it to anyone. Crusta Nova is another curious addition to the Bavarian landscape. The company breed prawns and delivers them to thousands of customers in the region. “It is really a one-off here in Bavaria,” says the company’s manager Fabian Riedel.

The increased diversity in the Bavarian landscape could also be about to play out in the state parliament. Whereas the Christian Social Union (CSU) are used to ruling alone, a real rarity in Germany’s political system, seven parties could be about to enter the parliament at October's election. And if polls are to be believed, the CSU will only win around 35 percent of the vote, a historical low.

As the centre of society fragments, the CSU are desperately trying to come up with political slogans that hold their wide voter base together.

Emphasizing the word Heimat (homeland) is one way they have gone about doing this. “Heimat is the kick back against globalization,” says Andreas Fischer-Appelt, who runs a communications company in Bavaria. “It emphasizes closeness and familiarity – the CSU as a regional party are especially aware of the importance of these things.”

The flip side of the coin of Heimat, though, is that it can alienate people who live lives that don’t conform to Bavarian tradition.

In the run up to the national election last year the CSU flew into a panic over how to deal with legislation on gay marriage. The party decided to strictly oppose the law, which passed through the Bundestag anyway.

But even in the CSU there are people who support gay rights. “One year on, we can see that no one was harmed by gay marriage and no catastrophe was set in motion,” said  Patrick Slapal, head of the gay and lesbian association inside the CSU.

In many ways, the gay scene in Bavaria reflects how the state is embracing 21st Century values in its own uniquely traditional way. One example is the Schwuhplatter group, the first gay group to perform the traditional Alpine Schuhplattler dance.

The Bavarian tourist board cottoned onto the contradictions that define Bavaria years ago when they came up with the slogan “Bavaria, traditionally different.” Whether any political party can come up with a message that is conservative yet open in time for the elections remains to be seen.